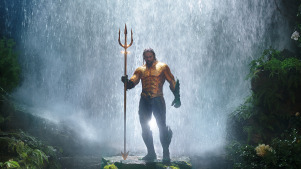 Streaming did not kill moviegoing this year, not one bit.

While we all knew that the domestic box office was headed for an $11 billion-plus year, it turns out that we’re going to hit that mark in record time this week on either Tuesday or Wednesday completing the feat in 345 or 346 days. Through the end of today, ComScore estimates that we’re at $10.986 billion with $14.2M left to gross before we hit $11B. Remember, it will be an even slower week at the box office than last week since there weren’t any wide studio entries.

Many wonder if the lack of a major Star Wars title will slow business down significantly; if the combo of Sony’s Spider-Man: Spider-Verse, Warner Bros.’ Aquaman, Paramount’s Bumblebee, and Disney’s Mary Poppins Returns will make up for the franchise’s absence this holiday season. To give you an idea of how far we have left to go, the period of Dec. 8-31 last year generated $1.18 billion. Disney’s Star Wars: The Last Jedi ($517.2M 2017 calendar gross) and Sony’s Jumanji: Welcome to the Jungle ($169M 2017 calendar gross) accounted for 58% of that $1.18 billion figure. If the domestic B.O. can emulate that type of business in the next three weeks and a weekend, we could be looking at, yes, a $12 billion year.

like
On this topic: (Other)
Why Can’t We Clone Endangered Species to Save Them?
6 Remarkable Ways Animals Catch Their Food

These People From Japan Don’t Care if You Wear Kimonos