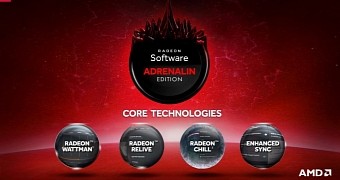 AMD has announced the availability of the January version of its Radeon Software Adrenalin Edition Graphics driver, namely the 18.1.1 package, which fixes corruptions seen in Starcraft 2, and many more.

However, AMD’s release might still experience a few issues with Radeon Settings, Radeon WattMan, Radeon Chill, Radeon Overlay, Radeon FreeSync, and Performance Metrics Overlay, as well as a few other problems detailed at the end of this article.

like
On this topic: (Articles (En))
Numerology in a dream: what are the numbers in dreams
Apple Says iOS 11 Now Runs on 65% of Supported iPhone, iPad, and iPod Devices