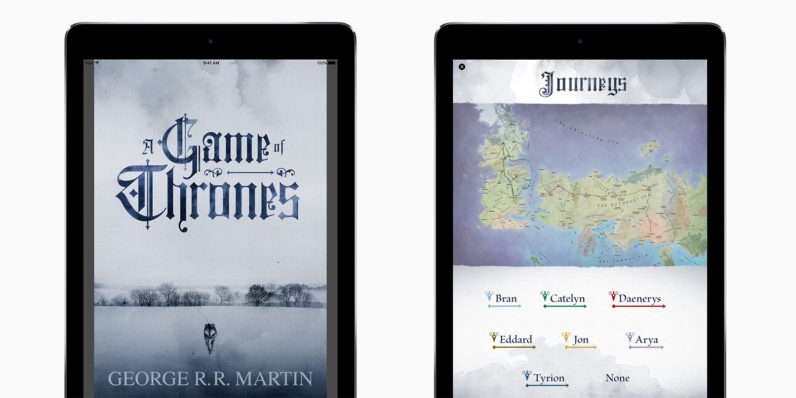 Can’t get enough Game of Thrones? While you wait for the next book and TV season, Apple has a little treat to fill that gap. It’s celebrating the 20th anniversary of the first title in the series with interactive enhanced editions of George R. R. Martin’s books. The first book, A Song of Ice and Fire, is already available with interactive character maps, annotations, and a growing glossary that will expand along with the series. There’s even an appendix that covers all 92 house sigils, along with information about the symbolism, regions and allegiances associated with each of them. The…