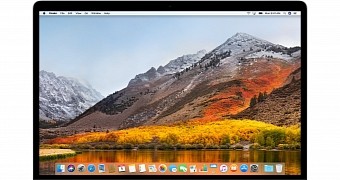 Last year, Apple said that macOS High Sierra would be last macOS release to fully support 32-bit apps, and it looks like today’s macOS High Sierra 10.13.4 beta update includes a new function that alerts users when they attempt to use a 32-bit app or an app that requires 32-bit software to be installed on the system.

“To prepare for a future release of macOS in which 32-bit software will no longer run without compromise, starting in macOS High Sierra 10.13.4 a user is notified on the launch of an app that depends on 32-bit software. The alert appears only once per app,” said Apple in the release notes for macOS High… (read more)

like
On this topic: (Articles (En))
Microsoft Surface Studio Systems Get November 27 Firmware – Download Now
Our Dog Was Getting A Human Sister, So I Built Her A Room Under The Stairs – It Turned Out Better Than Expected