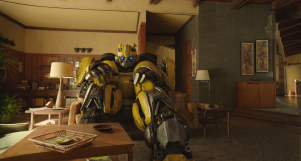 UPDATE Friday AM after previous Thursday night exclusive: Aquaman, as we saw it, is coming in with $9M, and when counting all of its Amazon and Wednesday paid sneaks of $4.7M, that’s $13.7M for the DC oceanic superhero to date stateside.

Meanwhile, Disney’s Mary Poppins Returns amid the competition of a big fish in the marketplace last night and Paramount’s Bumblebee remain quite very solid with $4M, -17% from Wednesday for a two-day take of $8.8M. She led all films in regular release last night.

Bumblebee and Aquaman had previews starting at 5PM.

EXCLUSIVE, Thursday 7:48PM: At this point in time, we’re hearing that Warner Bros./DC’s Aquaman is hooking a Thursday night between $8M-$10M. Meanwhile, Paramount’s Bumblebee is driving to an evening total between $2M-$2.5M. Both pics started showtimes at 5PM looking to capitalize on 15% K-12 schools off today, in addition to 78% colleges on break per ComScore.

Note these are rough estimates that do not come from Warners or Paramount, and these industry projections exclusive to Deadline could fluctuate up or down by sunrise. What happened yesterday with Mary Poppins Returns was that most rivals were projecting a high single digit for the family musical sequel off its mid-afternoon tickets sales which were around $4M. What happened we hear is that by evening showtimes, Poppins didn’t puff up much; it was largely a matinee draw we hear with final PostTrak Wednesday exits showing 44% over 35. “It’s a very weird time of year,” said one box office source tonight about how holiday activities are the absolute monkey wrench when it comes to forecasting ticket sales.

From what we know, Aquaman‘s figure tonight doesn’t include the $2.9M made from last Saturday’s record Amazon Prime sneaks, nor Wednesday night’s paid sneaks. Based on pure Thursday ticket sales, the range for the James Wan-directed pic is in the vicinity of such superhero titles as The Amazing Spider-Man 2 ($8.7M Thursday off shows starting at 8PM), Doctor Strange ($9.4M off shows that began at 7PM, repping 29% of its $32.5M opening day, for a FSS of $85M) and Captain America: Winter Soldier ($10.2M, repping 28% of its $36.9M opening day with a FSS of $95M).

The last two live-action DC features Warner Bros. released were last year: Justice League in November and Wonder Woman in June respectively drew $13M and $11M on their Thursday nights.  Justice League‘s Thursday repped 34% of its $38.4M opening day (for a $93.8M opening), while Wonder Woman‘s Thursday previews accounted for less at 29% of its $38.2M; a bulk of its $103.2M opening weekend fueled by women.

Two things to remember about this weekend: First, it’s all about Aquaman winning, and mostly all other films opening such as Bumblebee, Mary Poppins Returns and Vice are another selection for moviegoers post Christmas. Second, this weekend at the B.O. is a dress rehearsal for Christmas, because after that point in time, every day is a Saturday.

The record books for previews at the B.O. are short spanning roughly a decade’s time. Most Christmas movies will get their starts on a Wednesday closer to the holiday. What we can say now about Bumblebee —and it’s partly an apples-to-oranges comparison– is that its preview cash projection will likely best that of such previous big pic holiday attempts as Passengers ($1.2M Tuesday preview) and Assassin’s Creed ($1.35M Tuesday preview). You can’t really comp Bumblebee‘s night to other Transformers movies since they launched without any other tentpole threats during their summer weekends.

Universal/DreamWorks’ Welcome to Marwen and STX Entertainment’s Second Act also held previews tonight starting at 7PM. From what we know, they’re extremely low next to Aquaman and Bumblebee since they’re geared toward adults, and for now at this point in time, each is making below $500K.

9 ways robots are going to impact your job

The data is in: Despite the controversy, Silver Lake’s ‘road diet’ worked