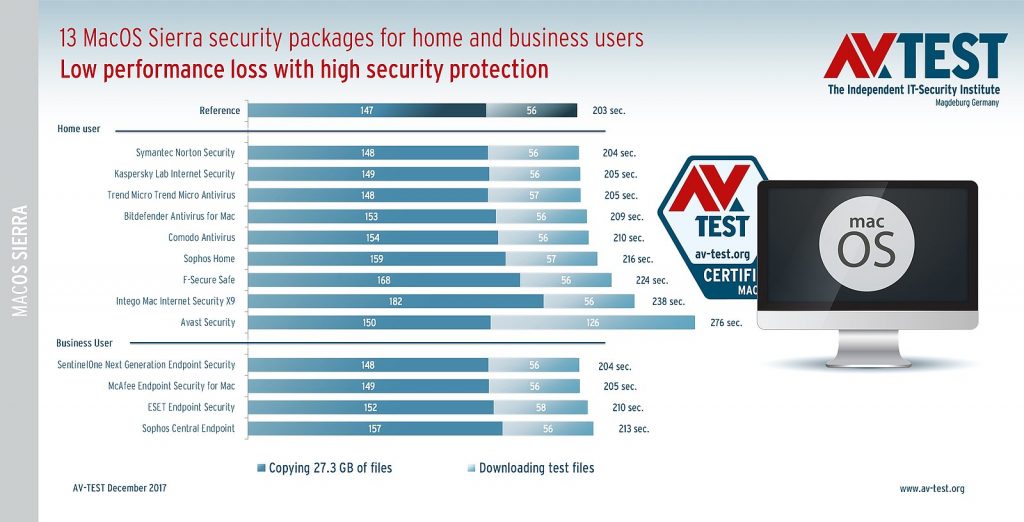 Antivirus test company AV-TEST conducted a new research that involves a total of 13 solutions for home and business users running Apple’s macOS, a platform that’s often considered to be more secure that Windows.

And while opinions in this regard are still mixed, macOS antivirus products are becoming more popular, obviously as a result of more forms of malware aimed at Apple’s desktop platform.

Intego Mac Internet Security X9 got pretty close with a 99.4% score, while F-Secure’s detection rate dropped to 93.8%. Comodo Antivirus got the lowest score in the research – 38.1%.

As far as the business products are concerned, all but one got the maximum 100% detection score. McAfee Endpoint Security for Mac detected just 99.6% of the malware.

One interesting analysis concerns the impact these security products have on system performance. To determine this, AV-TEST copied files on a testing machine on a 27.28GB drive and measured the time needed to complete the process with various security solutions installed.

Security products from Kaspersky, Trend Micro, and Symantec added 1 to 2 seconds when copying and downloading files, while Bitdefender and Sophos Home needed an extra 6 to 13 seconds more time to complete the process. Avast was the product with the biggest impact on system performance, as it caused a 73-second slowdown when copying files.

“In response to a query, the manufacturer stated that in the tested version the standard default configuration was still set to immediate validation during download and not after download as is the case with other products. In the new subsequent version, they changed the default setting to validate the download afterwards, which saves lots of time. If the so-called web shield is activated by the user, then the download is once again validated immediately, but more slowly,” AV-TEST says.

Last but not least, the tested products haven’t caused any false positives when scanning clean programs, with both home and business solutions achieving between 98 and 100 percent detection rates of potentially unwanted applications.

like
On this topic: (Articles (En))
21+ Gravity-Defying Sculptures That Will Make You Look Twice
10+ Times People Overheard The Most Hilarious Conversations That Were Too Good Not To Share

Texan Man Is the Culprit, Not the Victim of Hoax Hate Crime 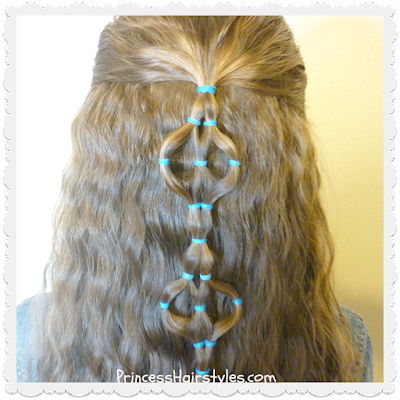