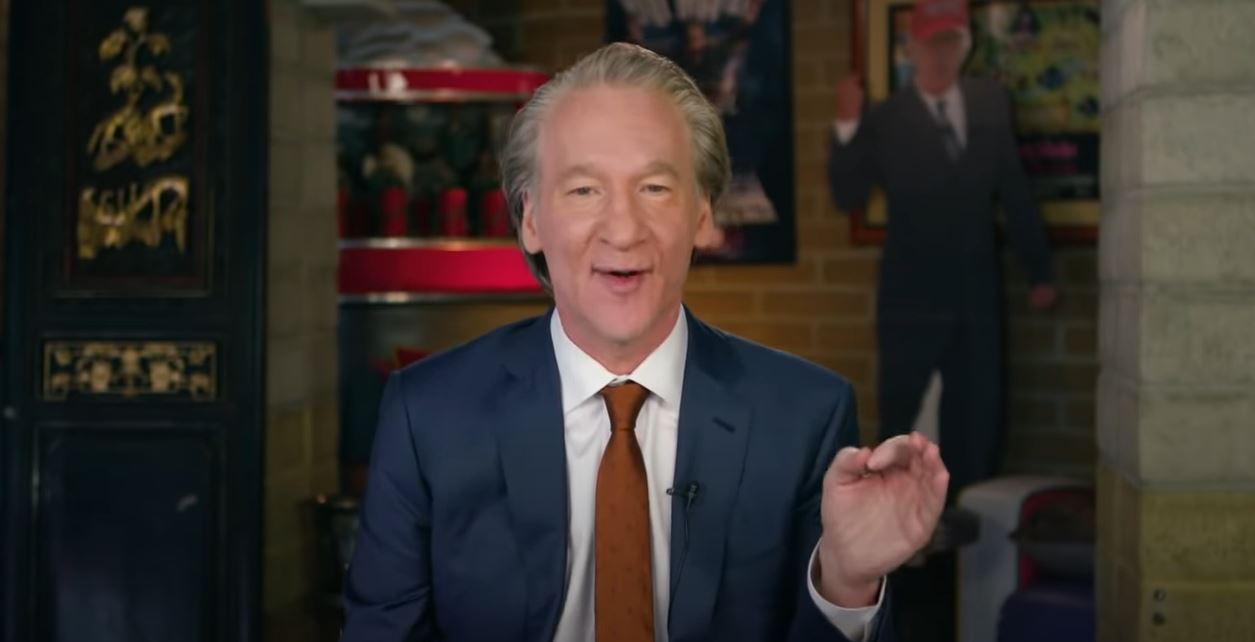 Bill Maher returned to original episodes for the first time in a month, still resigned to taping HBO’s Real Time at his own house.

He came back with a bang though, with a strong guest list that included Kerry Washington discussing her ACLU documentary The Fight, Jim Carrey on his new bestselling novel, and a spirited discussion with now-ex-New York Times opinion writer Bari Weiss and New York Times Magazine and Harper’s Magazine contributor Thomas Chatterton Williams on standing up to illiberalism, two weeks after Weiss resigned from the NYT in protest of its editorial atmosphere in which “self-censorship has become the norm.”

As Maher relayed in his opening monologue, he had missed a lot during his four-week hiatus, but centered on President Donald Trump’s latest jab just Thursday, when chipping away on protesting mail-in voting he suggested the November 3 presidential election could be delayed.

“With Universal Mail-In Voting (not Absentee Voting, which is good), 2020 will be the most INACCURATE & FRAUDULENT Election in history,” Trump had tweeted Thursday, the day Maher taped tonight’s show. “It will be a great embarrassment to the USA. Delay the Election until people can properly, securely and safely vote???”

Regular watchers of Real Time will know that Maher for months and months has been among the most consistent of pundits to openly question whether Trump would actually leave office if Democratic opponent Joe Biden were to be elected president — Maher has asked the question of “what happens when he won’t leave?” of almost all of his panels.

READ  ‘Tough As Nails’ Renewed At CBS For Season 2

Biden has even wondered as much, in April saying Trump “is gonna try to kick back the election somehow, come up with some rationale why it can’t be held.” Most recent national polls show Biden enjoying a clear lead in the race.

Maher saved the topic for the end of the monologue Friday.

“The most important issue, or it least it should be” was Trump’s tweet floating the election-day move idea, he said. “OK, for everyone who has called me crazy the last three years because I was asking this question and saying he would do exactly that? I will accept your apology in weed.”

Here’s Washington on The Fight, which launched Friday:

Here’s Carrey, talking his bestseller Memoirs and Misinformation: A Novel:

like
On this topic: (Other)
2020 Chevy Corvette C8 Sounds Mean With Bespoke Exhaust
People May Have Walked North America 30,000 Years Ago | SciShow News