Henceforth, these pages are to be the sole resource for resolving any potential for erroneous or ambiguous conclusions regarding any content posted in any of my previous entries since 2004.

Some of the main factors of the dream state (though not inherent to all dreaming and waking transitions) other than literalism:

Unification and coalescence (and in contrast, dream state cessation autosymbolism)

There is more, but I will only address these six in this entry and more in another entry. None of these very common components of the dream state relate to waking life or the concept of symbolism in the non-contemporaneous sense. They are traits of the dreaming and waking process itself. People who have the inability to grasp what dreams are and what they are doing (which ultimately includes the majority of people alive today) will likely not be able to come to terms even with the obvious. One of the reasons I am writing this canon is because I have zero interest in discussing or debating what I already know beyond an iota of doubt. Note that these factors typically combine, depending on the particular dream.

Unification and coalescence is the final part of the waking process. It is simply based on wholeness of consciousness after waking. I typically experience this in my dreams in a number of different ways, the most pleasant autosymbolism of this being the act of hugging (the emergent consciousness factor). Other examples are seeing another dream character being swallowed. (This is a projected form of the “final fate” of the illusory dream self, similar to seeing another dream character fall from a cliff instead of the dream self experiencing the fall.) In contrast to coalescence is dream state cessation autosymbolism, though sometimes these factors are combined. “End of the world” scenarios, a very common form of dream state cessation autosymbolism, seem to occur continuously for many people (regardless of what sort of events or experiences they have had in waking life). Mine are rarely nightmarish. Additionally, it has always been extremely rare for me to “die” in a dream (a result of understanding dream state autosymbolism). “End of the world” dreams begin to occur when a child begins to develop a more complex way of thinking and reasoning and of course, reason is not typically a factor of the dream state, hence this form of cessation autosymbolism.

Thinking skills correlation is a factor of the waking process and its autosymbolism relates to schools, libraries, and technology. Failing a test (or basically even going back to school) in a dream simply means that the subconscious self is not the conscious self as in reality. It goes through the process as autosymbolic of the return to consciousness. There really is not much more to it than that.

Vestibular system correlation is a biological factor of the dream self’s lack of discernment of physicality while not conscious. This is why flying and falling are so common in both lucid and non-lucid dreams. Ultimately, flying is much easier in dreams than walking (or driving a car), as it is the natural discernment of the dream state, as physicality is inherently illusory in the dream state anyway (why dreams of losing teeth are also common). I fly at one point or another in the majority of my dreams. I could be walking along on the sidewalk, become slightly annoyed by environmental factors (such as walking on mud for example, or there being too much traffic around) and easily and automatically take to the air as if it was the most natural thing in the world. My dream self has mostly always held this focus that flying is something that requires no thinking or effort, whereas walking, though typically only in the first dream of virtually every sleep cycle, almost always results in tripping and falling. The transition of rising up and out of a dream is about as common as falling, though each sometimes occurs during the same dream sequences, for example, falling and then suddenly rising up and out of the dream state (which of course renders the assumption of any waking life “meaning” as preposterous). Flying, falling, and rising dreams are far more vivid (as well as more likely to occur) when activity that is more physical (especially walking a considerable distance) has been indulged in during the previous day, though riding in an elevator prior to sleep also augments this factor. The most vivid falling dream I ever had was shortly after riding the log flume ride at Busch Gardens Tampa Bay.

Liminal space buffering (and the preconscious bulwark) is a major factor of non-lucid dream control as well as apex lucidity. This involves mediation and modulation of waking process autosymbolism. The best example is how I use doors (both lucidly and non-lucidly) to deliberately leave the dream state as well as to enhance vividness when a desire for sustaining my dream is present. I have sometimes even pushed an entire wall aside like a sliding door to vivify and sustain the dream state to an extraordinary level. I also summon dream state denizens (angelic servants) from doorways, from behind curtains, from over walls (less common and more difficult), from within walls, and so on (though also typically from rivers, lakes, trees, or waterfalls). Usage of windows for this has proven to be a tad bizarre (probably because windows are usually not used to go in and out of a house in waking life and thus the literalistic factor dominates) and is never recommended. When I attempted to use a window to sustain and vivify my dream on one occasion, the results were unexpected. It resulted in such an exaggerated (though illusory) sense of weight and physicality in almost painfully crawling up and over the bottom of the window to the other side, with my dream then vivified and sustained to such an extent, it is difficult to believe even now. Nevertheless, experience and knowledge is what counts in the end.

Subliminal, liminal, and lucid dream state indicators are very common in my dreams, to where they typically occur at least once per sleep cycle, though as with vestibular system correlation, sometimes in most dreams of a sleep cycle. These factors are typically rendered as literalism, but there are many second level (and third level, etc.) autosymbolic factors. Such features are typically beds, being undressed (including in public), not wearing shoes, being in a bedroom (including in a false awakening), and so on. As it is not biologically possible to be fully unaware of being in REM sleep, I often move through various stages of subliminal, liminal, and lucid awareness of dream state indicators. I will sometimes deliberately (lucidly or semi-lucidly) cause my clothes to vanish (even in a public library where many people are around) because of this, when I want to indulge in lovemaking with Zsuzsanna. In direct contrast, if I am walking in a business building while lucid and my shoes begin to dissolve (because of the recall that I do not wear shoes while I sleep), I lucidly will them back. Beds (and bedrooms) in some cases serve as apex lucidity triggers because of their literal link to the dream state.

Ultradian rhythm anticipation (both biological and emotional) is responsible for dreams of being late or a sustained focus on what time it is. There are many other forms of relevant literalism and autosymbolism, which are too extensive for this entry at this time. The WBTB or “Wake Back to Bed” method of lucid dreaming is a factor based on ultradian rhythm. However, I have never needed any sort of “practice” or any “information” (often of which is based on popular misconceptions about dreams). This is because lucid dreaming, for me, has always been an entirely natural trait since earliest memory (even prenatally, where I still recall making stars and letting them fade and “oscillating” with them as I did so, as well as effortlessly flying and going “back” to my body when I was two and three).

The factors that I have explained here should all be obvious to anyone of reasonable intelligence. Unfortunately, it is unlikely that the majority of people would favor truth over personal bias or long-held superstition. Most people will still prefer to wear a virtual blindfold through life, especially when it comes to dreams and their legitimate causes, meanings, and effects.

This information can all be experienced and validated (by anyone with a genuine interest in dreams or with any interest in eradicating the virtually endless misconceptions about dreams in today’s society) by way of mastership meditations. For example, the first factor, unification and coalescence, is augmented in waking life by the mirror meditation, where the self is seen in infinite forms in mirrors arranged on the left and right sides (each mirror continuously reflecting the one on the other side, as well as the body reflected infinitely). Then, looking forward into the one mirror facing the body, the one image reflected is the self in unification.

This entry is subject to change only for purposes of clarification.

Thank you for your time and respect.

like
On this topic: (The world through the mirror)
Black Ocean & Melanistic Eastern Lizards
Twist Braid Ponytail
Recent articles: 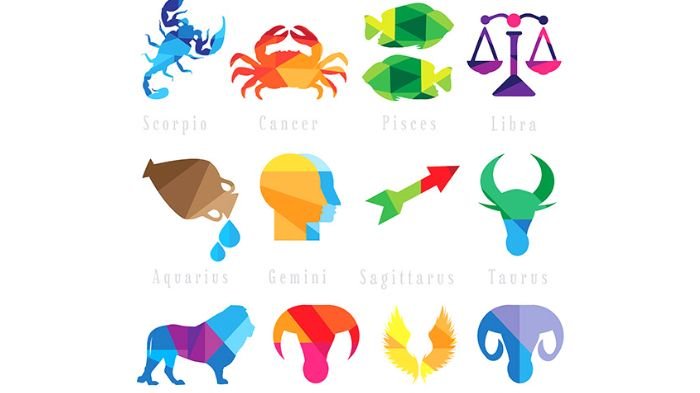 ‘Heal the Painful Divide in Our Country’

14 Cars That Will Be Discontinued For 2017
Recent Posts