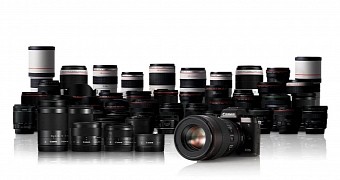 Besides the improvement mentioned above, for the EOS-1D X camera, Canon also changes the maximum number of release cycles (to 9,999,000) and fixes the Error 80 and synchronization failure encountered during multiple flash shooting.

like
On this topic: (Articles (En))
Numerology of the passport
Apple Redesigns iTunes to Work with HomePod and Let Users Control Music Playback