Главная › Other › Carice Van Houten On How #MeToo Changed ‘Game Of Thrones’, That Debated Final Season & Getting Into Producing

Carice Van Houten On How #MeToo Changed ‘Game Of Thrones’, That Debated Final Season & Getting Into Producing

Dutch actress and singer Carice van Houten is coming off almost a decade on HBO juggernaut Game Of Thrones, in which she played mercurial Red Priestess Melisandre. Van Houten is also well known for movies including Race, Valkyrie, Paul Verhoeven’s Black Book and Repo Man. In her native Holland, the actress has won five prestigious Golden Calf awards at the Netherlands Film Festival.

We caught up with van Houten to talk about moving on from Game Of Thrones, highlights from her time on the show and what’s next (including a movie she says might be her best work yet). And yes, there are GOT spoilers below.

Deadline: After almost ten years working on the cultural juggernaut that was Game Of Thrones, how are you feeling now that it’s over?

Carice van Houten: For the first time, I’m feeling it. There was always a year between shoots so we were used to it but around now we would be getting into the script again, getting in touch with each other, speculating over what would happen to each other’s characters. I do feel a certain emptiness but I don’t think that’s a bad thing.

Did HBO drip-feed the actors off the show at all? It must have been a jolt to the system for it all to be over.

There were two premieres and you do a lot of press so we were seeing each other. Now that has died down and there isn’t a reason to see each other as much, which is a little strange. I guess it helped that my character died in the last season. I’m really happy with my ending. That made it easier for me…

READ  Bugatti Explains Why The Chiron Pur Sport Is Slow

Yes, that’s the right word for it. It was graceful. I was very grateful to the writers for that. That whole episode was bombastic but my death was like the final note of a symphony.

How do you look back at your time on the show?

It’s still so fresh, it’s hard to say. It was amazing witnessing the ripple effect and the impact it had on people. Melisandre was an out of character role for me. I had never played anything like that before. In Holland, I had done a lot of dramedy so I couldn’t believe people could see me as her. It was a challenge to trigger that in myself.

The thing I’m most happy about is that the show inspired people and brought people together. It’s the best thing that could have happened. I hope we get something like it in future, especially in this world where everyone is increasingly connected but individual…

Are there any scenes or moments in particular you cherish?

How was ‘that Shireen scene’? That was tough to watch…

I wasn’t a mother back then. I think I would have found it more troubling now. Of course it’s fiction, but that was raw and gruesome. I remember first reading it and thinking ‘are we actually going to do this scene?’ The day itself was actually a fun day, despite it being freezing. The actress who played Shireen was good fun. I won’t easily forget that day. But there were many epic scenes, whether it was giving birth to a shadow baby or turning into a crazy old woman.

Game Thrones is known for its rawness but also its raunchiness. Melisandre was something of a femme fatale. Did you ever feel uncomfortable about the demands to show flesh? I remember that was also a talking point around your Paul Verhoeven movie Black Book.

Yes and no. It wasn’t my favourite thing in the world at all. But yes, in Black Book I experienced nudity on set. The Dutch are quite open minded, we’re a bit easier with that. But it’s never comfortable being the only one undressed on set. It was before I had a child. I would be more uncomfortable now. The times have changed in many ways. Back then, it was all a little overwhelming. No one forced me into anything, but in hindsight I might have been a little more cautious with it.

The Me Too movement took flight during Game Of Thrones and it felt like there was less nudity in later seasons, perhaps as a reaction to that changing climate…

Yes. It also showed that you don’t need it.

It was such a pleasure watching these intricate characters develop over many seasons. Given that, some fans felt the show and some its main characters ended too abruptly. There was even a petition to redo the final season. Could you understand that frustration?

I could in a way but I also felt it was bound to happen after eight years of expectation. Everyone has their own theories and wishes. It’s hard to do it ‘right’, to wrap it up in a bow. Everyone has a right to their opinion but it didn’t bother me. I loved it when the dragon Drogon destroyed the throne, for example. Those moments were amazing. The fact there’s discussion about it is a good sign, though.

Were you ready for the show to be over?

I was overwhelmed by emotion. I hate saying goodbye. But we’re actors, we’re used to going from family to family as it were, we’re kind of like circus people. It was not only wrapping the show and the character, it was an end of seven years of my life. A lot happens in seven years. That’s why some actors might be very emotional about it.

You made a few comebacks in the saga. Could you see Melisandre returning in one of the prequels?

Who knows. I guess you could see a very young Melisandre or something like that. That could be fun. But not in the shape of me. No one has contacted me about it. There are so many great characters but I personally would have loved to see more of Melisandre’s background.

I have the Sky series Temple coming out in September and hopefully that will be picked up for a second season next year. I have movie I Am Not A Bird in post-production. We shot that in Japan. I loved it. I’m also working on my own projects. I’m planning to shoot something later this year.

Are you keen to do more film producing?

Definitely. It’s tempting, after being told what to do for years, to create your own projects and to have more control. I have a production company with my friend, the actress Halina Reijn. We’d like to produce film and TV. Halina recently directed me in a film called Instinct, which is coming out this year in Holland. It’s small budget but it’s one of the films I’ve enjoyed most and it might be the best thing I’ve done so far in my career. I’m very excited about that. It’s quite a controversial story [about a psychologist who becomes infatuated by the sex offender she is treating].

It’s still something I’d like to do. It’s a long process. I’m really hoping I can do it one day…I’d like to make another album too. I enjoy making music more than anything. Every now and then I put a cover on Instagram. We might do a mini tour in London at some point. I’d like to visit some music festivals this year.

Is directing on the cards?

It has crossed my mind but I’m don’t feel quite ready for that just yet. I have a young child and it’s not quite for now. But I do play with that thought. I don’t underestimate it so it needs to be the right project.

Have you had any offers to be in superhero movies? That’s a well-trodden path now for screen stars…

Unfortunately not. Sometimes I feel like that’s the only frustrating part of having been in Game Of Thrones: I’m very grateful for it but sometimes people only see that side of me. I feel like I should probably do a comedy to get me out of being associated only with the Red Woman.

What We Get Wrong About “Alcoholism”
Can Sneezing Make Your Eye Pop Out? 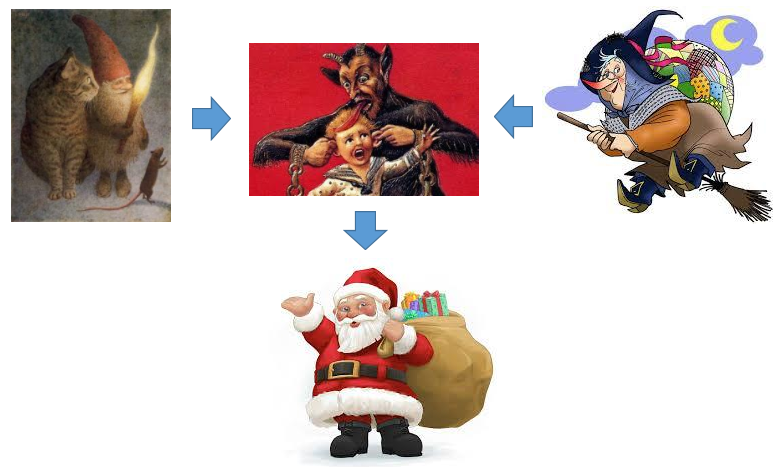