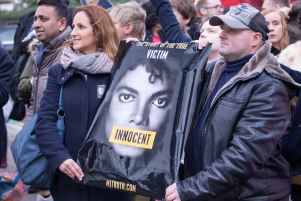 Channel 4 has scored a hit with Leaving Neverland as the controversial Michael Jackson documentary was watched by 2.1M viewers.

The which was directed by The Paedophile Hunter director Dan Reed, peaked with 2.4M viewers and won the slot for 16-34 viewers with a 20.5% share. This was above the numbers posted by HBO earlier this week; the Amos Pictures-produced two-parter drew a 0.4 rating and 1.3 million viewers for Part 1.

To give some UK context, feature doc Three Identical Strangers, which aired at the end of last month, drew 1.7M viewers. This was a solid hit for the British broadcaster.

It comes as the film, tells the story of two boys, Wade Robson and James Safechuck, now in their 30s, who say they were sexually abused by Jackson when they were ages 7 and 10, was surrounded by protests in the UK.

However, C4 remained unfazed by the calls. In a statement, it said, “It is in the public interest to allow these individuals to tell of their interactions with Michael Jackson. He was of course a high-profile figure whose work still entertains millions of people but who was previously accused of child sex abuse. Viewers will make their own judgment about the testimony of the two victims interviewed in the film when it airs.”

like
On this topic: (Other)
Why Do We Need Yearly Flu Shots, but Not Measles Shots?
What Did the First Animal Look Like?