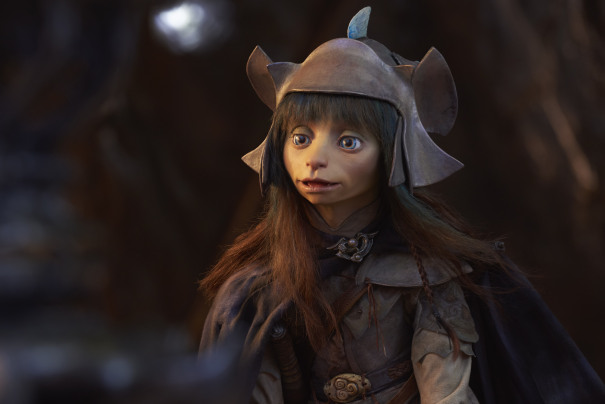 Children of the ’80s are chomping at the bit for Netflix’s forthcoming Dark Crystal: Age of Resistance — and the all-star voice cast will add fuel to their excitement. Taron Egerton (Kingsman), Anya Taylor-Joy (The Witch), and Nathalie Emmanuel (Game of Thrones) have been set as the three Gefling heroes Rian, Brea, and Deet while additional actors like Helena Bonham-Carter, Toby Jones, Alicia Vikander, Simon Pegg, Andy Samberg and a robust roster of actors will also lend their voice to the return of Jim Henson’s beloved classic which will launch globally in 2019.

The Dark Crystal: Age of Resistance is based on Henson’s 1982 feature film The Dark Crystal. The series tells a new epic story, set many years before the events of the movie, and realized using classic puppetry with cutting-edge visual effects. We find that the world of Thra is dying. The Crystal of Truth is at the heart of Thra, a source of untold power. But it is damaged, corrupted by the evil Skeksis, and a sickness spreads across the land. When three Gelfling uncover the horrific truth behind the power of the Skeksis, an adventure unfolds as the fires of rebellion are lit and an epic battle for the planet begins.

In addition to the announcement of the voice cast, Netflix released the first images of the series which you can view below.

like
On this topic: (Other)
What do dreams about driveway mean?
5 More Strange Flying Machines