A longtime Democratic activist says contrary to Donald Trump’s allegations at Wednesday’s debate, he had no role in any secret plan to instigate violence at Trump rallies. Phil Rogers reports. (Published Thursday, Oct. 20, 2016)

A longtime Democratic activist says contrary to Donald Trump’s allegations at Wednesday’s debate, he had no role in any secret plan to instigate violence at Trump rallies.

Robert Creamer told NBC5 Investigates, “Aside from the fact that we didn’t want to–why would we provoke the crowd? Donald Trump did it from his own podium!”

At issue, rowdy confrontations between pro-and-anti-Trump forces outside his campaign events, including a notable rally at the UIC Pavilion last March which became so raucous that the candidate canceled his appearance. Conservative activist James O’Keefe claims in a new video to have secretly recorded Creamer and his associates discussing the plants they supposedly placed in the crowds to goad Trump supporters into violence.

“We have mentally ill people that we pay … make no mistake,” activist Scott Foval is heard boasting on the tape. “If you’re there and you’re protesting and you do these actions, you will be attacked at Trump rallies. That’s what we want!”

Speaking at a rally in Ohio on Oct. 20, 2016, Donald Trump said that he would accept the presidential election results if they were in his favor. “I would like to promise and pledge to all of my voters and supporters and to all the people of the United Staes that I will totally accept the results of this great and historic presidential election — if I win,” Donald Trump said, emphasizing the last three words by pointing into the crowd. The rally was held the day following the final debate, during which the issue of whether he would accept the election results came up. At the debate, he said he would have to wait and see what the results were. (Published Thursday, Oct. 20, 2016)

“I was wondering what happened with my rally in Chicago and other rallies where we had such violence,” Trump declared during Wednesday evening’s debate as he pointed across the stage at his Democratic opponent. “She’s the one, and Obama, that caused the violence!”

On the tape, Foval appears to brag of his association with Creamer, a longtime Democratic strategist who is married to congresswoman Jan Schakowsky.

Bitter presidential rivals Hillary Clinton and Donald Trump had one more face-to-face showdown before Election Day. They tried to make it funny but plenty of the jokes bombed, and some even earned scattered boos. Watch each of the candidates’ roasts in their entirety here. (Published Thursday, Oct. 20, 2016)

“He was not a contractor at the time he made the statements in April,” he told NBC5. “The things he described were contrary to the policies of Democracy Partners—never happened!”

He would not speculate about why Foval made the claims he did, in conversations which he was not aware were being recorded. And in fact, accused the Trump forces of committing dirty tricks of their own.

“James O’Keefe, the discredited individual behind this well-orchestrated spying scheme directed at our firm, uses methods that would make Richard Nixon and the Watergate burglars proud,” he said in a statement. “O’Keefe executed a plot that involved the use of trained operatives using false identification, disguises, and elaborate false covers to infiltrate our firm and other consulting firms, in order to steal campaign plans, and goad unsuspecting individuals into making careless statements on hidden cameras.

The Associated Press reported that O’Keefe and Project Veritas often target Democratic groups with hidden cameras and false identities. O’Keefe filmed hidden camera footage at an office of community organizing group ACORN, portraying workers there as engaging in criminal activity, which led to the end of the group.

His 2010 scheme to film illegally at the office of Mary Landrieu, then a Democratic U.S. senator for Louisiana, resulted in O’Keefe being convicted, according to the AP.

In excerpts on the edited video that Project Veritas recently released, Foval seems to boast of the ease with which campaign events can be disrupted.

“It’s a matter of showing up, to want to get into the rally with a Planned Parenthood t-shirt,” he said. “Or Trump is a Nazi, you know? You can message to draw them out, and draw them to punch you.”

Two police officers were injured and five protesters arrested at the Chicago event, with the taxpayers shelling out over $100,000 in police overtime. As a result of the fallout from the video, Creamer severed his relationship with Foval, and announced he is “stepping back” from his responsibilities working with the Clinton campaign.

“Donald thinks belittling women makes him bigger,” Hillary Clinton said at the debate on Oct. 19, 2016. Donald Trump responded by saying, “Nobody has more respect for women than I do. Nobody.” (Published Wednesday, Oct. 19, 2016)

Creamer made news of his own ten years ago, when he was convicted of fundraising irregularities surrounding his former consumer group, Illinois Public Action. He was sentenced to five months in prison for bank fraud and an associated tax charge. He is a longtime Democratic consultant, working on the campaigns of, among others, former governor Rod Blagojevich and now congressman Mike Quigley.

“Trump, Chicago didn’t need to be paid to express our dislike for you,” Christopher Mikell said in a tweet posted Wednesday night. “We just ain’t got none.”

“I need Donald Trump to please tell me where I can get my $1,500 for standing against him at the Chicago rally!”

On this topic: ( from category )
‘Most Serious’ Linux Privilege-Escalation Bug Ever Is Under Active Exploit
US internet disrupted as key firm gets hit by cyberattack

Appointment: This Men’s Wear Shop Is Not for Everyone 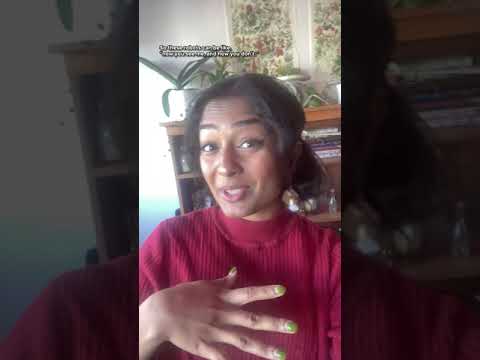 Update on: Clinton-Trump debate updates: Both will try to appeal to skeptical voters