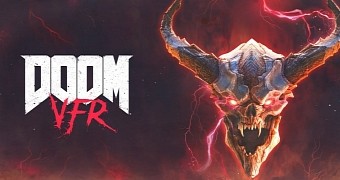 AMD has announced the availability of a new version of its Radeon Crimson Edition graphics driver, namely the 17.11.4 Non-WHQL build, which adds support for Oculus Dash Open Beta and DOOM VFR titles, and fixes the incorrect power and clock values reported on Radeon RX Vega cards.

In addition to that, the current update also makes sure adjusting HBCC segment size on RX Vega products do not cause system instability, and resolves the system hang encountered when switching display modes in Star Wars Battlefront II.

However, AMD’s update might still experience certain issues with Tom Clancy’s Rainbow Six Siege, Rise of the Tomb Raider, and OverWatch titles, as well as with a few other applications as highlighted in the Release Notes below.

When it comes to compatibility, there are four downloadable files suitable for both desktop and notebook configurations running under one of Microsoft’s Windows 7 and 10 OSes, either 32- or 64-bit architectures.

See also  Apple’s iOS Continues to Grow in the US, Drops in China

like
On this topic: (Articles (En))
10+ Of The Best Signs From The 2018 Women’s March
Apple Replacing Damaged iPhone 6 Plus with 6s Plus Due to Stock Issues