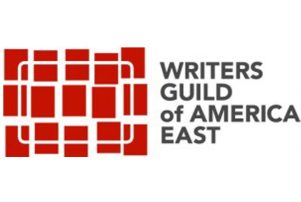 Gimlet Media has become the first podcasting company to unionize with the WGA East. A majority of it 83 employees has agreed to sign union cards and called on management to recognize the guild as its collective bargaining rep.

Brooklyn-based Gimlet’s network includes Reply All, Crimetown, The Cut, The Nod, Homecoming and Every Little Thing, and the company says its podcast are downloaded 12 million times a month. Its listener base spans more than 180 countries.

“Podcasting is one of the most exciting new-media platforms for storytelling, and Gimlet is at the forefront of creating compelling content,” WGAE Executive Director Lowell Peterson said. “We welcome the people in this field into our Guild, where we will work to ensure they are afforded rights and protections like those won by other content creators working in film, television, news and new media.”

Gimlet Media released this statement today exlaining why its staffers are unionizing:

Gimlet Media is a podcasting pioneer. As one of the first companies to recognize the potential of on-demand audio, Gimlet is on the leading edge of a growing industry. And in keeping with Gimlet’s innovative ethos, we are proud to be the first podcast company to form a union.

We—the producers, engineers, hosts, editors, and reporters—are the people at Gimlet who make the podcasts. We come from public and commercial radio, print and digital media, the music industry, Hollywood, advertising, academia, and many other fields. We work hard to create some of the best audio in the world. Our editorial and branded teams have won numerous awards, our shows have been optioned for television and film, we have helped the company branch out into voice skills and advertising, and our listeners number in the millions. We love our work, and we’re deeply invested in Gimlet’s success.

As Spotify’s reported $230 million acquisition of Gimlet makes clear, however, Gimlet is no longer the small, scrappy operation memorably documented on the first season of ​StartUp. Our union is an expression of passion for what we do, and a proactive effort to work with management to shape the future of the company. It’s important for us to solidify the things that make Gimlet a great place to work, and to address whatever issues may arise.

Through collective bargaining, we will work toward a contract that includes, but is not limited to:

To address these issues and make Gimlet Media the best workplace possible, we have formed a union with the Writers Guild of America, East. In addition to their long history of standing up for writers and creative professionals, the WGAE’s more recent work organizing digital media workers makes them our best partner in navigating this rapidly changing sector. Together with management, we hope to establish a precedent for the podcasting world, and to negotiate a contract that protects workers, while maintaining Gimlet’s position as an industry leader. We are asking Gimlet Media to voluntarily recognize our union, and we are excited to begin the bargaining process.

What do dreams about flowers mean?

Boy Found Surrounded by Dogs at Park in the Rain