California stands to benefit from an expected boost in defense and infrastructure spending under a Donald Trump administration, but the president-elect’s policies regarding international trade remain murky, according to a new report.

The report expects the U.S. will see $20 billion in increased defense spending in 2018 and $20 billion a year spent on infrastructure improvements.

“The increase in defense spending will be disproportionately directed to California, as sophisticated airplanes, weaponry, missiles and ships require the technology that is produced here,” wrote Jerry Nickelsburg, a UCLA senior economist who compiled a portion of the report. “Moreover, there are few places to build the proposed 150 new warships and San Diego is one of them. Regionally we expect a positive impact in the Bay Area and in coastal Southern California.”

Boeing and Lockheed Martin remain significant players in Southern California, but Nickelsburg said there are scores of smaller high-tech firms scattered throughout the region that are also producing products related to national defense.

“There are many companies here that are capable of producing sophisticated products and if you’re going to need them … you’ll buy them from companies that make them,” Nickelsburg said Monday.

AV makes a variety of unmanned drones that are used by the military for lifesaving intelligence, reconnaissance and surveillance. They include the Raven, Wasp, Puma and Shrike, among others. The company’s drones also have been used for commercial purposes.

“We make them fairly affordable,” Sharpin said shortly after the Block 10C contract was announced. “We think these will be used more and more. We’ll start deliveries after the first of the year and they will be deployed soon after that.”

Nickelsburg said the state’s congressional contingent and California’s overall size will likely carry some influence in how the yearly $20 billion in infrastructure funding for road repair, electric grids and water systems is dispersed.

But that influence could be blunted by Trump’s vow to block funds to sanctuary cities, of which California has many.

Trump’s plan to deport undocumented workers and oppose an expansion of the skilled worker visa program will also have deep ramifications, according to Nickelsburg.

“If fewer crops are harvested there will be a lower volume of food,” Nickelsburg said. “That means food will have a higher price tag.”

“China and Mexico have everything to lose,” he said. “We exported $116 billion worth of products to China last year but they exported $460 billion to $480 billion to the U.S. If there was a trade war, we might enter a recession, but their economy would collapse.”

Growth will be hampered by the difficulties of stimulating a U.S. economy that’s operating at near full employment and the bite of higher interest rates. Employment will continue to grow by about 140,000 jobs per month in 2017, according to the report, and 120,000 per month in 2018.

The forecast calls for the nation’s GDP to accelerate from its recent annual growth of 2 percent to 3 percent a year for about four consecutive quarters before dipping back to 2 percent.

The Latest: US: Syrian president’s claims are ‘ridiculous’ 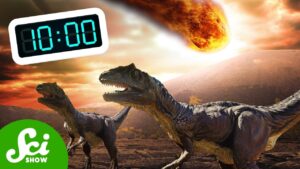