‘His Dark Materials’ & ‘Paddington’ Backer Anton Reveals Film & TV Plans: “We Want To Be The Co-Producer Of Reference In Europe”

EXCLUSIVE: After making its biggest investment to date – which we hear from sources was tens of millions of dollars – in BBC and HBO’s $100M+ super-drama His Dark Materials, European financier and co-producer Anton is getting closer to where it wants to be.

“We have great momentum and our business volume is much higher than it has ever been,” CEO and founder Sébastien Reybaud (pictured below) tells me in his first sit down interview.

We meet at Anton’s smart London HQ in trendy Clerkenwell, between the madding crowd of Soho and east London’s art galleries and financial district.

“We’re very happy with where we are now,” the Frenchman explains about the under-the-radar finance, sales and production firm, which has taken a fresh approach to Euro film and TV funding since its 2011 launch as a media-focused merchant banking boutique. “We pivoted the business in 2016 when we organized a management buy-out. We went from being a passive co-financier of one partner [Studiocanal] to an operator with different activities. This year we have seen the results of two years of hard work and we’re currently investing around $100M a year in film and TV projects. Coming up are His Dark Materials, and movies Shaun The Sheep 2 and Greenland. Our co-production slate model is going full speed with different partners. On top of that we have four of our own films in production. Next year we hope to replicate that in TV.”

A Legendary of Europe?

Frenchman Raybaud launched the company eight years ago with a splashy and innovative $200M slate financing deal with French major Studiocanal, where Raybaud had worked as deputy to the CEO prior to a stint co-running the media finance team at French bank Société Générale. Anton financed 30% of Studiocanal’s movie slate, including hits Paddington, Non-Stop and Shaun The Sheep. On Paddington 2, Anton wrote a cheque for around $15-20M, Raybaud says, a healthy chunk of its $65M budget.

Back in 2011, Anton’s investors included “a group of large European family offices” and U.S. private equity firm Falcon Investments, one of the founding financiers of U.S. mini-studio Legendary Entertainment, known for its investments in the movie slates of Warner Bros and Universal. The idea was to replicate in Europe the slate funding model popular in the U.S. in the mid 2000s.

“We looked up at Legendary as a business model we wanted to replicate,” explains Raybaud, who has masters degrees in finance and management, tax and business law, and philosophy. “Legendary started out funding Warner Bros, we funded Studiocanal. They went on to became an active player, that’s our path too.”

The European film and TV funding landscape has seen major structural change over the last decade with a number of go-to financiers – banks, distributors, broadcasters, funds – less active in film today. Anton pounced on that change.

“I always thought there was a need in Europe for companies that have access to institutional money. In the U.S. the industry has access to Wall Street but it’s harder to raise institutional money in Europe, to have corporate champions which enable us to compete on a global scale. That’s why I started the business and why I started with Studiocanal, a pan-European studio. I thought why not try to have another European Lionsgate? We have so much great IP and talent in Europe. When you combine that IP and talent with money you get a Paddington.”

Since the management buyout, the firm has had one main investor: “A large, U.S., institutional private equity fund, which has a presence in Europe.”

In 2017, Anton branched out by signing an ongoing co-financing pact with the BBC worth an initial $150M. The plan was to help greenlight premium British drama with international appeal. Shows backed by the fund include McMafia (pictured), Les Misérables, Gentleman Jack, and ambitious upcoming dramas North Water and the aforementioned fantasy epic His Dark Materials, which debuts in early November.

The company also has a significant co-production and co-financing agreement with Paris and LA-based Federation Entertainment (Marseille) on a slate of local and English-language series. Projects include Time Is Killer, They Were Ten and Made In Italy.

“We are hands on in the formation of film projects but to date we have always partnered with a creative producer,” explains Raybaud.

“The opportunities are big,” he continues. “The talent pool is large here. As a content creator you can go to a sales company or a broadcaster with a project but it’s very competitive and your project can get slowed down. As an entity that has money, we can empower creatives. We can finance development, we can do things quickly, we are nimble. We are also platform agnostic.”

Anton says it won’t be doing another Studiocanal-type movie slate deal anytime soon, though it has an ongoing 30% stake in future movies to come out of the properties it backed there. TV and single picture finance of in-house productions are the priorities going forward. “Yesterday we were mainly in film, now we are mainly in TV.”

Earlier this year, the company launched an LA office run by former IM Global, FilmNation and EuropaCorp exec John Zois (pictured left) who is tasked with finding a handful of stand-out film and TV projects each year. “It’s such a polarized market in film,” says Raybaud. “We want to do less, better. And we want to do more in house.”

Growth will also likely include investment in European production companies.

Anton’s respected president of distribution Harold van Lier left earlier this month – a blow – but movie sales will continue at the AFM under the temporary but accomplished stewardship of former Global Road and eOne exec Charlotte van Weede.

“We’re in the process of hiring a head of development and acquisitions executives here in Europe,” expands Raybaud. “There will be a head of TV here too. We currently have a staff just below 20. We want to grow to around 30.”

“Owning or co-owning IP is so important,” he adds about the future direction. “We want to be the co-producer of reference in Europe. Within three years we want a large portion of everything we finance or sell to be things we’ve fostered here. We just hired Celia Meirow [former Lookout Point head of business development] to help with this. There are so many great IPs here in Europe that might be under the radar of U.S. companies. We are well advanced on our first TV project, a crime series with a British producer, budgeted around £1.5M per episode.”

Short form is all the rage right now, in part thanks to Jeffrey Katzenberg’s voracious Quibi. Anton is looking to grow a footprint in the space too.

With the BBC and Clerkenwell Films (The End of the F***ing World), Anton has commissioned short-form series Cheaters, an 18-part comedy-drama told in 10-minute chapters, which will be produced by Clerkenwell and co-produced and financed by BBC Studios and Anton as part of a broader pact between the three. Production is due to to start in February with content costing around £1.5-2M per hour.

Actors are largely expected to be newcomers, says Raybaud, something which can play well to a younger, digital-first audience. “If the market reacts well, it’s highly returnable”.

“We believe in short form,” he explains. “I think the space can be very commercial for three reasons. Firstly, it taps into how people consume content. Secondly, the TV business has traditionally relied on a broadcaster to run a show and to maintain rights, but that is a slow model. There is a bottleneck at traditional broadcasters. We hope investment in a project with a broadcaster and a strong producer can help speed up the process. Thirdly, the content is being made differently today. A lot of money has gone into short form in recent decades. Verizon believed in it years ago. But times are different now. Approaching short form with a premium hat is new. The streamers seem energized by it and there are more buyers of the content than before. There’s good noise around short form which makes it easier to produce.”

The company is also developing its own short format genre series, which has been pitched to multiple streamers.

Where does that leave Anton? As it embarks on the next phase of growth and diversification, it’s still early to know whether the company will get close to becoming a Legendary of Europe. The performance of its own movie slate and shows like His Dark Materials will likely be key to future investment. But it has kept overhead low, made solid bets to date and hasn’t gone on a corporate buying spree a la Relativity. The innovative and ambitious company is off to a promising start.

like
On this topic: (Other)
Why Do Humans Like to Get High?
How Big Can Black Holes Grow? 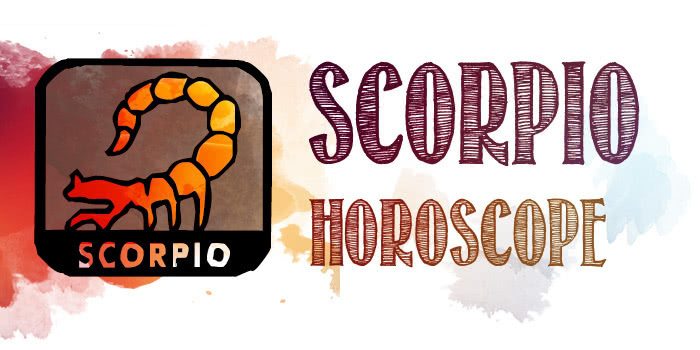