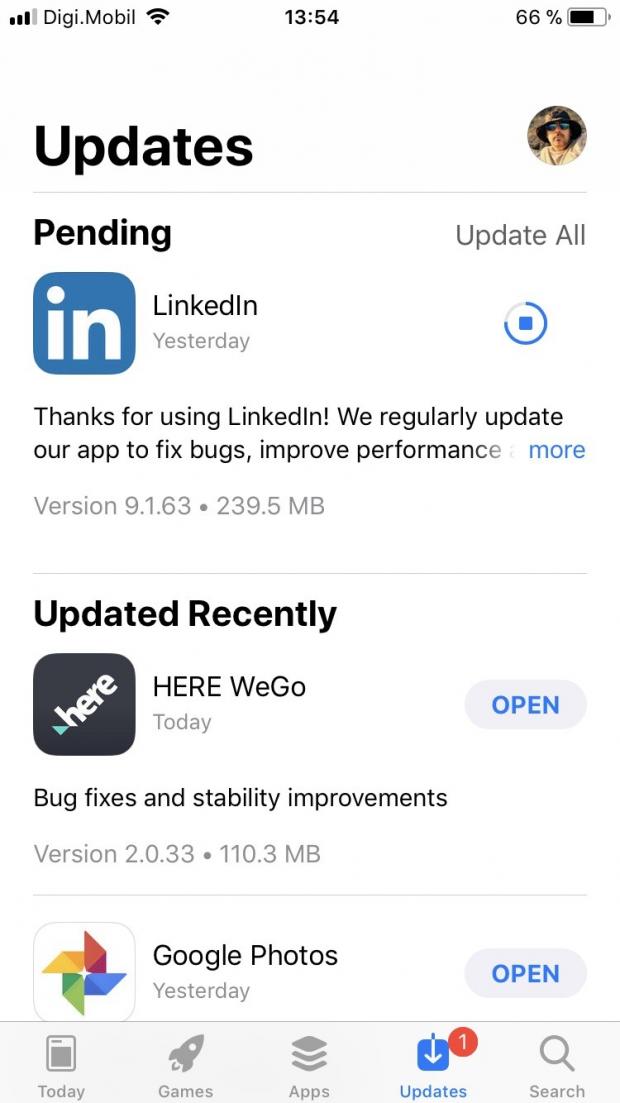 With the upcoming iOS 11.3 software update that Apple plans to release this spring for supported iPhone, iPad, and iPod touch devices, the company will bring several important changes.

Apple previewed some of the major new features and improvements coming to the iOS 11.3 operating system this spring, but there are lots of other smaller changes that matter. One of those changes we discovered by accident when we’ve tried to update installed apps via the App Store.

And, boy, we’re glad to see app size information making a comeback. Previous iOS releases like iOS 10 or iOS 9 always showed this essential information on the list of updated apps in the App Store, but it disappeared with the iOS 11 release. Now it’s finally back, at least on the first iOS 11.3 beta that Apple released this week.

This feature is very important when you’re trying to update apps on a limited mobile data plan, as it shows you to exact size of the update that needs to be downloaded on your iPhone or iPad device. This way, you won’t blindly update apps and then ask yourselves why you have to pay so much for your mobile service.

It’s also extremely useful when your abroad, as roaming is still very expensive for many people. I remember one time when I traveled to Turkey, that I was called by a representative of the mobile carrier I used about a massive bill. At first, I had no idea what she was talking about, and thought it was an error, but only then I found out that roaming with Turkey wasn’t cheap and all I did was to update an app.

Another interesting change coming to the iOS 11.3 software update this spring is the ability to sort reviews of apps in the App Store, as MacRumors’ Joe Rossignol notes in a report published today. Previous iOS released won’t allow you to sort reviews, at all, so this is yet another welcome improvement.

I’ve tested this on my iPhone 7 device running iOS 11.3, and it looks like it’s now possible to sort App Store reviews of apps by Most Helpful, which is the default sorting rule, as well as by Most Favourable, Most Critical, and Most Recent. Check out the gallery below for more details on these new changes coming to iOS 11.3.

like
On this topic: (Articles (En))
Beauty Products You Should Know About
30+ People Who Are Having A Worse Day Than You

‘There’s nothing like doing things with other people’s money,’ Donald Trump says