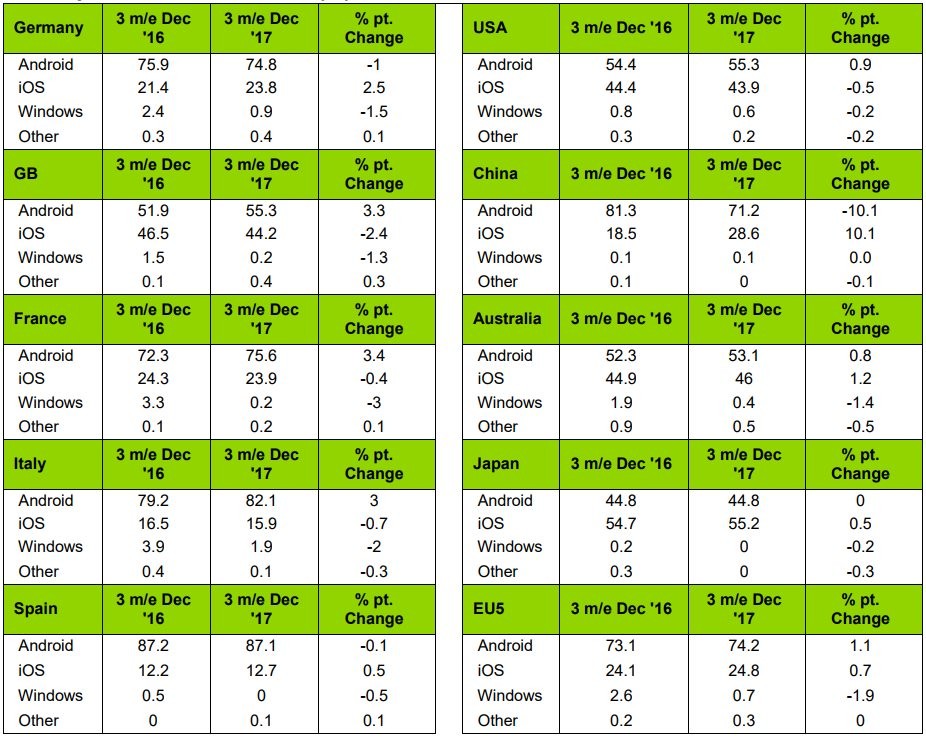 While analysts indicate sales of the iPhone X are below expectations and project declining shipments in the coming months, data provided by Kantar points to strong performance in the largest markets across the world.

The December 2017 figures show iPhone X was one of the three best-selling smartphones in Europe, China, Japan, Australia, and the United States. And the best of all, it was the number one device in urban China, despite its super-high price.

Kantar says the iPhone X helped Apple boost its OS share in several markets, with iOS loyalty reaching a new high of 96% in the United States alone. Some declines, however, have been experienced in other regions.

Samsung and Apple dominating the US

“The full results for the last quarter of the year show that Apple’s decision to release three new handsets over a staggered period, including the ultra high-end iPhone X, has been a sound one,” Dominic Sunnebo, Global Director for Kantar,” says.

“With Apple’s existing release structure, expectations would always be that the flagship model would be the top selling device in key developed markets, but with the premium price of iPhone X, real life affordability has come into play. Given that in December iPhone X made it into the top three best-selling devices across all key regions, particularly in urban China where it was the top selling model, the pricing strategy seems to have been vindicated.”

like
On this topic: (Articles (En))
Numerology of the phone: what number will bring you luck
30+ Rollercoaster Photos That Will Make You Die From Laughter