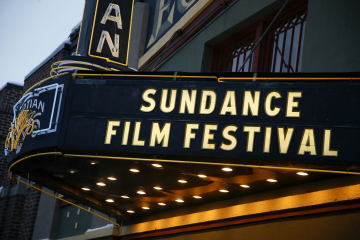 EXCLUSIVE: The world premiere of a controversial Michael Jackson documentary this week at the Sundance Film Festival has organizers and local police preparing for turmoil from fans of the deceased Thriller singer.

“We have increased our staffing out of concerns for the potential for a protest,” Captain Phil Kirk of the Park City Police tells Deadline about the January 25 debut of the sexual abuse investigating Leaving Neverland. That’s the official line, but officials in the Utah ski town say their primary concern is about an incident inside the Egyptian Theatre screening of the Dan Reed directed two-parter on Friday.

There have been direct threats against The Paedophile Hunter helmer Reed over the 236-minute Neverland, I hear.

“Tensions are higher for this movie than anything I’ve ever seen at Sundance before,” says a law enforcement source. “No one is going to be prevented from exercising their Constitutional rights, but we are not going to allow this to get out of hand, in any way,” he added, noting that the checks and other security measures already in place for SFF will be heightened inside the venue also.

A similar situation is expected for the Leaving Neverland screening in Salt Lake City on January 26.

“We are aware of the possibility of protests and our job will be to monitor any protests that may occur and give people the ability to let their voices be heard safely,” Sergeant Brandon Shearer of the SLC Police says. In fact, law enforcement in the city are planning for a full force turnout with the bomb squad on scene in SLC a possibility.

Set to air on HBO and the UK’s Channel 4 in the spring, the documentary focuses on the tales of Wade Robson and James Safechuck, who claim they were sexually abused by Jackson years and years ago when they were ages 7 and 10. Over a decade ago, Robson said under oath that Jackson never acted inappropriately with him but in an unsuccessful 2016 lawsuit he declared that in fact Jackson was a serial sexual predator who assaulted him repeatedly for years.

Right now, Robson and Safechuck plan to take the stage at the Park City screening of Leaving Neverland for a post-screening Q&A with Reed – though that could change, sources say.

Since it was announced earlier this month that Leaving Neverland would open at the Robert Redford founded fest, fans of Jackson have taken to social media and other platforms to condemn the yet unseen docu. Representatives for the estate of the best-selling performer, who was acquitted in 2005 of seven counts of child molestation and two counts of giving a drug to a 13-year-old boy, slammed Neverland as “just another rehash of dated and discredited allegations.”

Sundance themselves have kept pretty quiet publicly about the project but, behind the scenes, the festival is doubling down on keeping the lid on the strife.

“It has come to our attention that some of you may have received messages or social media posts from Michael Jackson fans who would like us to pull the screening of Leaving Neverland,” the festival wrote to its corporate sponsors like Amazon, Chase, Netflix, AT&T, and Lyft last week. “We don’t currently plan to comment publicly or engage in the discourse around Leaving Neverland, and would recommend that you do the same,” SFF elaborated. “We plan to proceed with the screening as announced. If you do plan to participate in the conversation, we’d welcome the opportunity to collaborate on your messaging.”

Leaving Neverland may also have an extra sting for fans of Michael Jackson as 2019 is the 10th anniversary of the superstar’s death from a cocktail of prescription drugs.

Bioprinting and Pig Chimeras: The Possible Future of Organ Transplants
Why Can’t I Poop When I Travel?