Главная › Other › ‘Patriot Act with Hasan Minhaj’: Jim Margolis Departs As Showrunner Of Netflix Series; Steve Bodow To Replace Him

EXCLUSIVE: Jim Margolis is stepping down as executive producer and showrunner of Netflix’s weekly talk series Patriot Act with Hasan Minhaj. Margolis will depart his post this summer after production wraps on the show’s  current third cycle of episodes. He will be succeeded by former The Daily Show executive producer Steve Bodow, reuniting with Daily Show alum Minhaj.

Margolis, who also served as a writer, oversaw the launch of the New York-based Patriot Act in 2018 and its three cycles to date spanning 19 episodes, including the current one slated to end its six-episode run on June 16. He will be returning to Los Angeles to be with his family but will remain involved with the show as a consulting producer.

Bodow will take the helm of Patriot Act as executive producer/showrunner beginning with the show’s fourth cycle of new episodes. Netflix greenlighted Patriot Act with Hasan Minhaj in 2018 with a 32-episode order.

Bodow considers successfully relaunching The Daily Show with host Noah as one of the highlights of his nearly 17-year Daily Show tenure, along with The Daily Show Presents: The Donald J. Trump Presidential Twitter Library, on which he served as executive producer/content director. He spent more than a decade with Stewart in positions including staff writer, head writer and EP. During his stint on The Daily Show, Bodow shared in two Peabody Awards, 23 Emmy Nominations and 14 wins.

Earlier this year, Patriot Act won a Peabody Award and two Webbys, and Minhaj was named to the 2019 TIME 100 list. 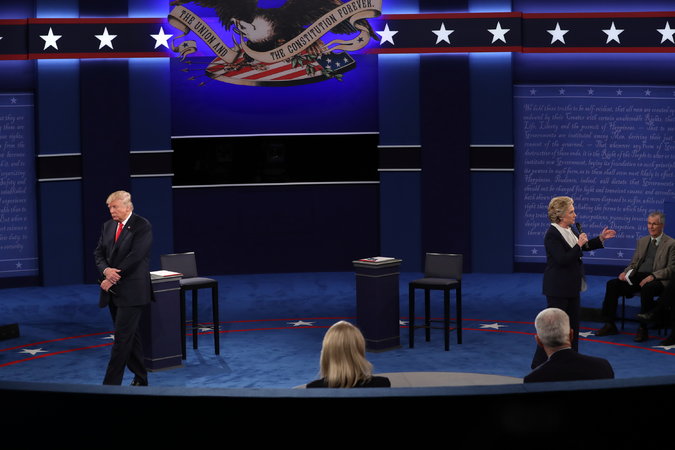 News Analysis: Donald Trump Talks at Debate, but Many Women Hear Only a 2005 Tape