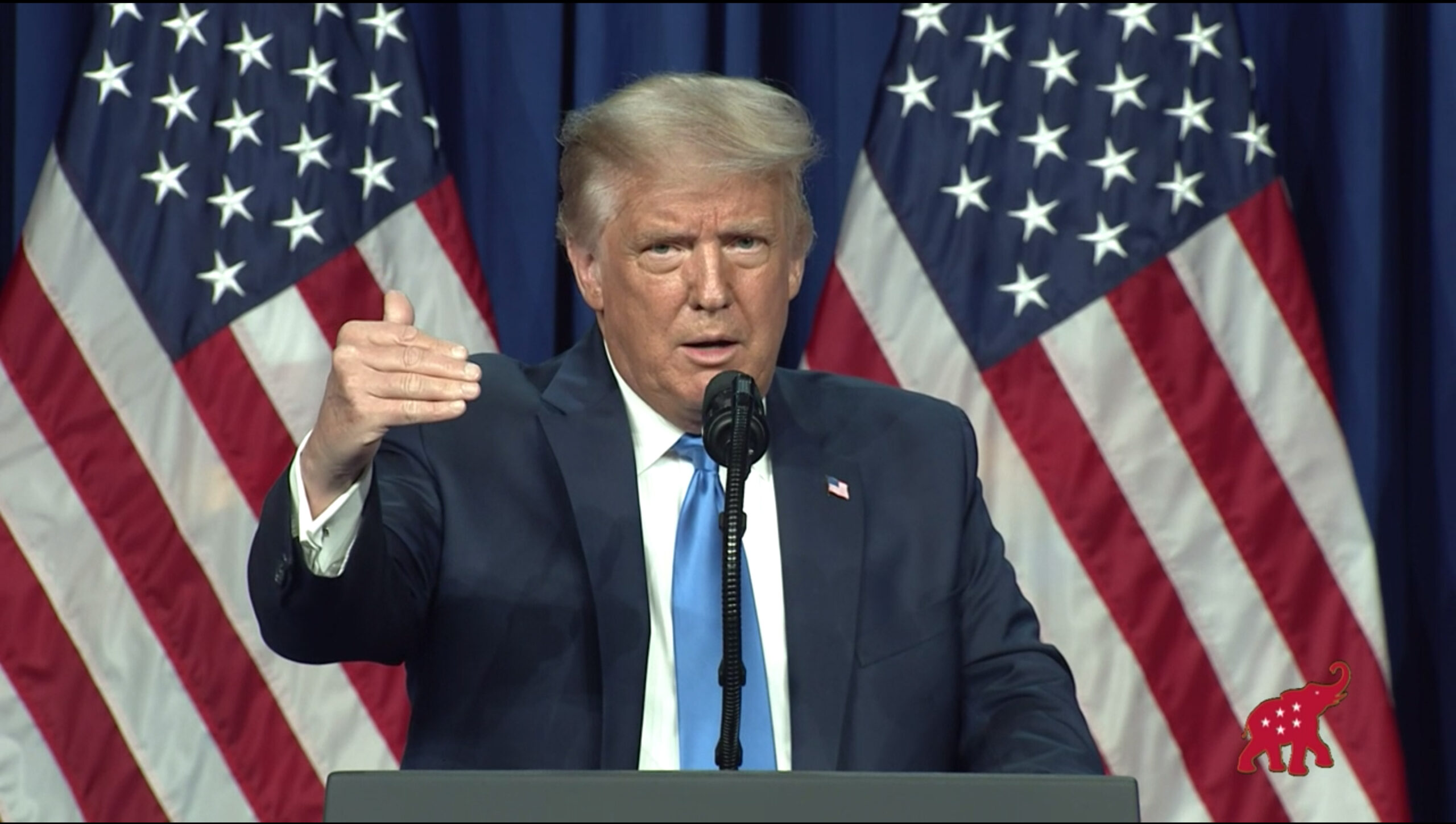 President Trump Threatens To Defund California Schools Over The ‘1619 Project’

Trump said Sunday that the Department of Education was investigating allegations that California was incorporating the 1619 Project into its lessons. He threatened to take away federal funding if they do.

The New York Times Magazine series makes some dubious claims, including that the American Revolution was fought to preserve slavery. It claims the date of 1619, when slaves first arrived in the colonies, as America’s true founding. Historians have taken issue with its wilder claims.

Trump tweeted on Sunday that the “Department of Education is looking at this. If so, they will not be funded!” He linked to a post that said California had implemented the 1619 program.

The Times 1619 project won a Pulitzer Prize for commentary, and the Pulitzer Center has since developed a package that allows schools to teach the project’s lessons

GOP Sen. Tom Cotton of Arkansas claimed the 1619 Project is a “revisionist account of history that denies the noble principles of freedom and equality on which our nation was founded.” He has a bill pending that would prevent schools from teaching the 1619 Project.

like
On this topic: (Other)
This Mean Pickup Is A South African Battleaxe
We Finally Know How Anesthesia Works

Finnair Flight 666 lands in Helsinki on Friday the 13th

Tom Brady Says He’ll Vote, But for Who?
Recent Posts