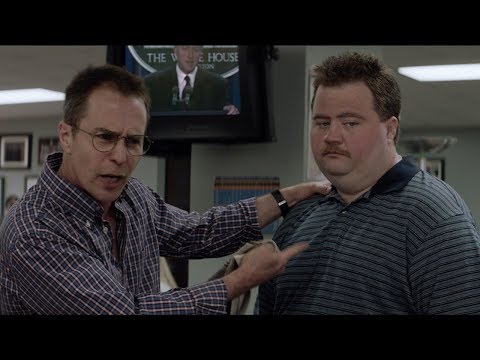 The World Will Know His Name and the Truth. Only in Theaters December 13! Get tickets: http://Bit.ly/RichardJewell —————– http://RichardJewellMovie.com https://www.facebook.com/RichardJewellFilm
Tweets by RJewellFilm
https://www.instagram.com/RichardJewellFilm —————– Directed by Clint Eastwood and based on true events, “Richard Jewell” is a story of what happens when what is reported as fact obscures the truth. “There is a bomb in Centennial Park. You have thirty minutes.” The world is first introduced to Richard Jewell as the security guard who reports finding the device at the 1996 Atlanta bombing—his report making him a hero whose swift actions save countless lives. But within days, the law enforcement wannabe becomes the FBI’s number one suspect, vilified by press and public alike, his life ripped apart. Reaching out to independent, anti-establishment attorney Watson Bryant, Jewell staunchly professes his innocence. But Bryant finds he is out of his depth as he fights the combined powers of the FBI, GBI and APD to clear his client’s name, while keeping Richard from trusting the very people trying to destroy him. The film stars Oscar winners Sam Rockwell (“Three Billboards Outside Ebbing, Missouri”) as Watson Bryant and Kathy Bates (“Misery,” TV’s “American Horror Story”) as Richard’s mom, Bobi; Jon Hamm (“Baby Driver”) as the lead FBI investigator; Olivia Wilde (“Life Itself”) as Atlanta Journal-Constitution reporter Kathy Scruggs; and Paul Walter Hauser (“I, Tonya”) stars as Richard Jewell. Oscar winner Eastwood directed from a screenplay by Oscar nominee Billy Ray (“Captain Phillips”), based on the Vanity Fair article “American Nightmare—The Ballad of Richard Jewell” by Marie Brenner. Eastwood also produced under his Malpaso banner, alongside Tim Moore, Jessica Meier, Kevin Misher, Leonardo DiCaprio, Jennifer Davisson and Jonah Hill. Eastwood’s creative team includes director of photography Yves Bélanger and production designer Kevin Ishioka, along with longtime costume designer Deborah Hopper and Oscar-winning editor Joel Cox (“Unforgiven”), who have worked with Eastwood throughout the years on numerous projects. The music is by Arturo Sandoval, who scored 2018’s “The Mule.” Warner Bros. Pictures Presents a Malpaso Production, an Appian Way/Misher Films/75 Year Plan Production, “Richard Jewell.” The film will be in theaters on December 13, 2019 and will be distributed worldwide by Warner Bros. Pictures.

WAR ON CHRISTMAS: Tiger Woods Distracts From Jesus With Pic of His Hard Bod

Man of the World: Home Is Anywhere Jeremy Irons Drapes His Scarf