A Very English Scandal writer Russell T Davies has said that the success of his AIDS crisis series It’s A Sin is partly the result of his decision to only cast gay actors in lead roles.

The five-part Red Production Company drama landed on HBO Max last month after notable success in the UK, where it garnered a string of five-star reviews and became Channel 4’s most-streamed box-set on record, with all five episodes racking up nearly 19 million views on All 4.

The series features appearances from the likes of Neil Patrick Harris, Stephen Fry, and Keeley Hawes, but at its heart is a cast of relative newcomers, who form the backbone of a story about a group of friends living their best lives on the 1980s London gay scene before AIDS steamrolls their care-free youth.

Years & Years singer Olly Alexander, Callum Scott Howells, Omari Douglas, and Nathaniel Curtis shared one thing in common before meeting for the first time during an It’s A Sin table read: They are all out gay actors in their breakthrough roles.

Much has been written about Davies’ queer casting edict in recent weeks, with his comments provoking a predictably polarised response in the knee-jerk world of social media.

There is always, of course, a peculiar alchemy of factors that go into creating a hit, but Davies is convinced that part of the reason It’s A Sin has resonated with audiences is because of the authenticity in the casting. He is absolutely ebullient and unapologetic about his decisions.

“It’s interesting how the debate kind of stopped dead because actually, you can see it. There it is, staring you in the face: A gay, out cast. And I absolutely think you could feel it. I think you can feel that rising off the screen,” he told Deadline.

In a separate interview, Douglas, who plays the fierce and flamboyant Roscoe, agreed that there was a vibe among the cast that translated to the screen. “There was definitely this raw energy that came from the fact that, for so many of us, it was our first experience,” he said. “It contributed to this sort of liveliness and willingness to just chuck ourselves into it.”

Douglas added: “For a story that belongs to Russell and the queer community, Russell had the autonomy to cast it in a way that he felt was going to give the piece an authenticity, which I wholeheartedly believe has come through. There is an immediate engagement with the material and the concept. We identify with it and want to honor it.”

It’s A Sin is a considerable leap forward from Davies’ other iconic gay series, Queer as Folk, which was headlined by straight actors Aidan Gillen, Craig Kelly, and Charlie Hunnam. Davies said attitudes have changed over the decades and credits straight actors with helping create celebrated gay characters on screen.

“If I tried to cast gay as gay 22 years ago, it didn’t exist. It’s a very precise thing that I’m casting, which is gay and publically out actors, who are prepared to join me in that statement. That’s a very brave thing to do,” he added.

“That’s why I have to do this work now. I’m laying bricks and building a foundation to create those lead role actors who will be able to finance Hollywood movies. We’ll get there. Let’s see where Olly [Alexander] is in 10 years. Look at Ben Whishaw, he won a BAFTA, Golden Globe, and an Emmy for A Very English Scandal.” 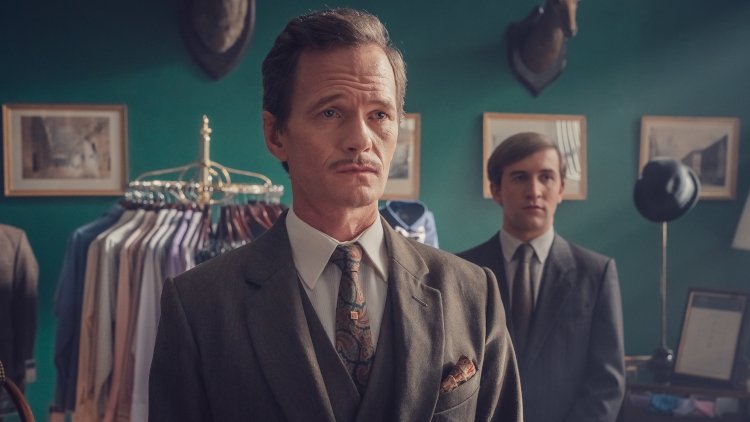 Davies said that the response to the show has caught him off guard. “We thought it would be politely applauded, given a nice nod, and then put on a shelf,” the writer said. “So the success of this thing has really knocked us for six.”

He originally pitched the show as an eight-part series, but Channel 4 wanted it to be half that length. In the end, Davies haggled an extra episode. So what would we have seen from the characters had Davies had a bigger canvas to paint on?

“There was always going to be a modern-day episode at the end where you catch-up with Jill (Lydia West) and Roscoe now, and you look at the state of HIV now,” he said. “It would have been lovely. It’s a bit like a coda in a novel.” Ultimately, however, Davies decided it was a risk. “I’d rather tell the story than show off with my clever ideas.”

Davies said a second season is an “absolute no.” He added: “I’ve loved it. I could think of some ideas, but not enough to fill a show.”

like
On this topic: (Other)
Volvo C40 Recharge Electrifies The SUV Coupe
Make Your Own Edible Bubbles! | Spherification

How to Definitely Get a Hangover

‘Bind His Hands’: How Ancient Charioteers Cursed Their Enemies During The Postseason
Recent Posts