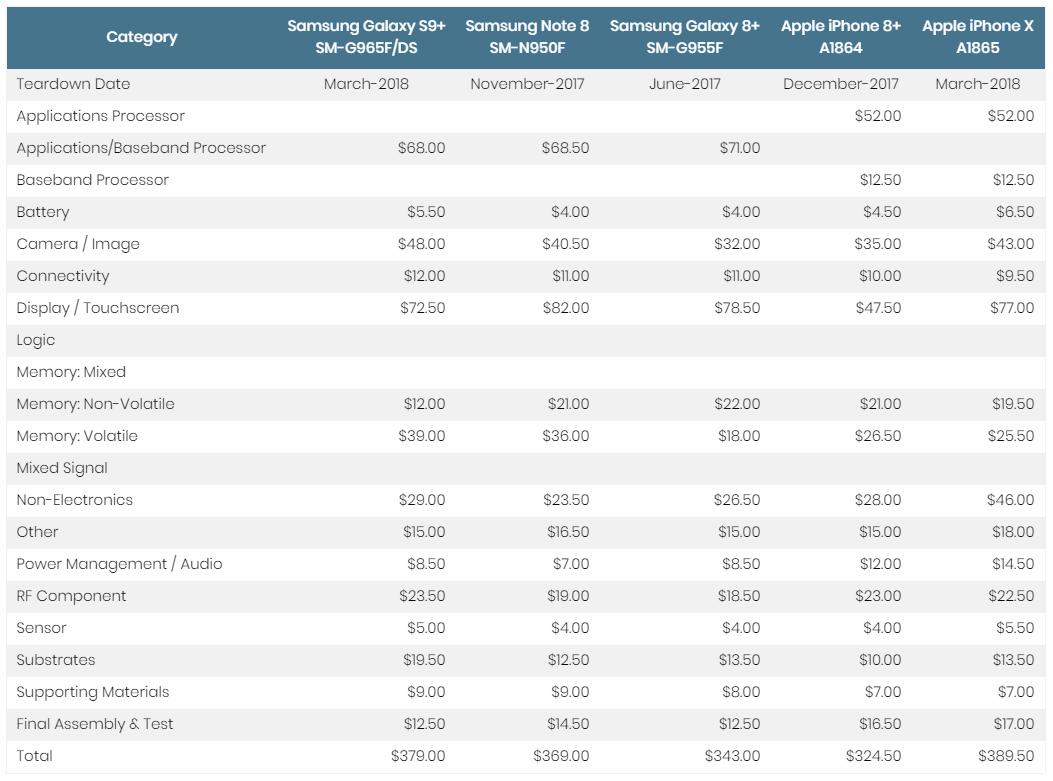 An estimated cost of each Samsung Galaxy S9+ component shows that the South Korean manufacturer pays to make its new flagship nearly as much as Apple does for the iPhone X, which is currently the world’s most expensive mass-produced phone.

TechInsights claims that the Galaxy S9+ has a component price of $379, whereas the iPhone X is priced at $389.50. Needless to say, the iPhone X ends up being substantially more expensive than its Android rival, with pricing starting at $999 for the 64GB version. The Galaxy S9+ can be purchased in the US for $839.99.

The analysis shows that the most expensive part of the Galaxy S9 is the $72.50 display, followed by the baseband processor, which costs $68. The camera module is priced at $48. The memory has a price of $39, while non-electronic components are estimated at $29.

What’s important to note is that the Samsung Galaxy S9+ is the most expensive smartphone launched by the South Korean firm. It exceeds the cost of making the Galaxy Note 8 launched last year and which is set to reach $369.

On the other hand, the S9 costs $36 than the Galaxy S8, and the difference is mostly caused by the upgraded camera. Somewhat unexpected is that the display of the Galaxy S8 has a bigger price tag of $78.5.

The Samsung Galaxy S9, however, has a hard time matching the sales of its predecessor, with early figures pointing to lackluster demand on the first weekend after launch.

like
On this topic: (Articles (En))
Horoscope for 2019 for the Rat
87-Year-Old Grandma Uses Microsoft Paint In A Way That Would Probably Surprise Even Its Developers 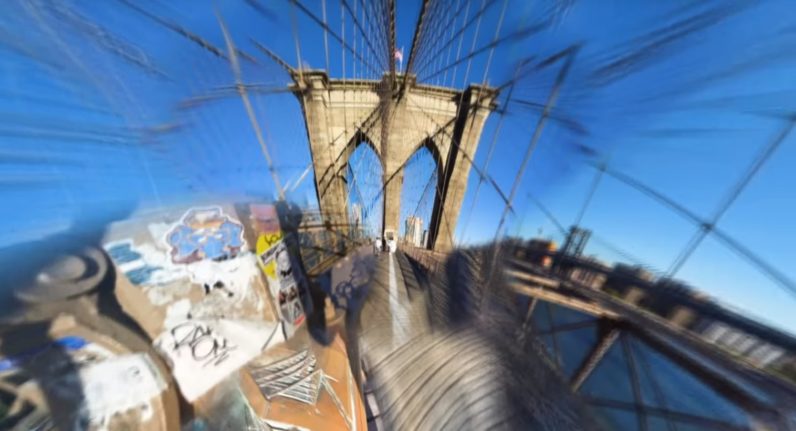 In a show of solidarity, Trump campaign announces Pence will be back on the trail Monday
Recent Posts