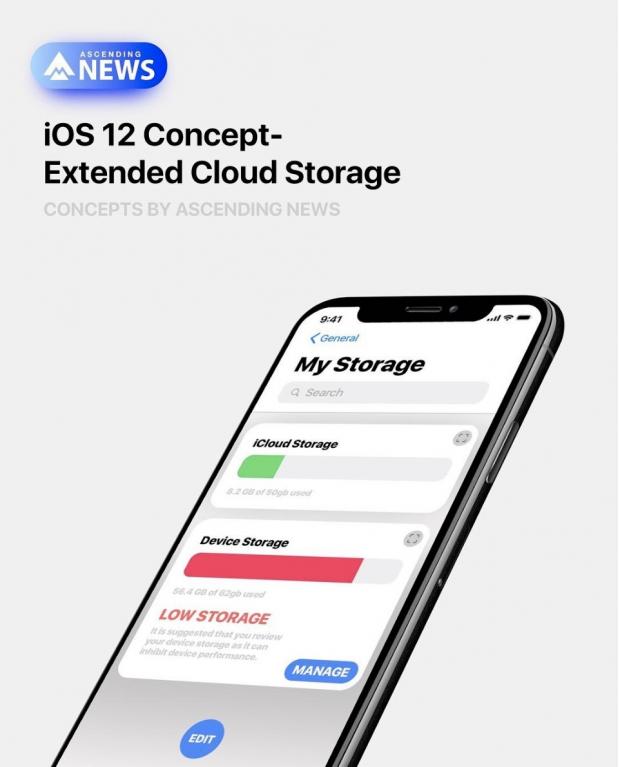 This summer, Apple will unveil the next major release of its iOS mobile operating system for iPhone, iPad, and iPod touch devices, along with the macOS 10.14, watchOS 5, and tvOS 12 operating systems. We’ve already seen a stunning watchOS 5 concept by designer Matt Birchler, and now there’s an iOS 12 concept too.

The iOS 12 concept created by Ascending News imagines a cleaner, simplified user interface with a more aesthetical and pleasing design, the ability for iOS to group notifications on the lock screen to help users more efficiently sort alerts, and a Guest Mode that would limit the access to apps when you borrow your iPhone or iPad.

Moreover, this iOS 12 concept proposes a simpler and easier way to offload data to free up local storage space on your devices, as well as the ability to lock apps with Touch ID or Face ID to ensure only you can open them. Also, the concept envisions an always-on display feature similar to what some Android devices offer.

Customizable layout with widgets and complications

Another interesting addition to the iOS 12 concept created by Ascending News is the ability for users to rearrange the Home Screen layout by adding widgets and complications, similar to what you can do on the Apple Watch with watchOS 4, which might turn out to be quite useful for iPhone users.

We have to admit that some of these proposed features might not be realistic in the real world, but we’d bet Apple will come with some cool and useful features and improvements for its iOS 12 mobile operating system, and we’ll be able to witness them during WWDC 2018.

like
On this topic: (Articles (En))
DIY Heart-Shaped Marshmallows
Half Up Twisted Heart Hairstyle

Pentagon Vows to Retaliate for Missiles Shot at Navy Ship