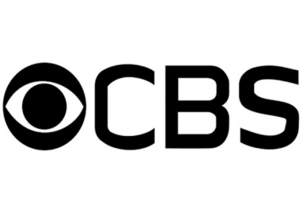 EXCLUSIVE: Ronny Chieng (The Daily Show) and Susan Wokoma (Year of the Rabbit) are set as series regulars opposite Elizabeth Alderfer and David Walton in the newly retitled Super Simple Love Story (fka The Us Project, The Story of Us), CBS’ hybrid comedy pilot from Mike Royce, Nick Stoller, Sony Pictures TV and CBS TV Studios.

Written and executive produced by Royce and directed by Pam Fryman, Super Simple Love Story is a story told through interviews and vignettes spanning 10 years about how an unlikely couple becomes an unlikely family.

Chieng will portray Harris, Kevin’s (Walton) friend and former college roommate, an atheist without a filter who “loves to debate” and mostly ruins every social interaction by getting in his own way — and everybody else’s.

Wokoma will play Abby. While friend and co-worker Morgan (Alderfer) agonizes over job and relationship fulfillment, Abby is happy to hate her job as long as the check clears, and hit on cute Rabbi Sarah without hesitation.

Chieng has been a correspondent for The Daily Show With Trevor Noah since Noah took the reins in 2015. His other credits include his half-hour scripted series Ronny Chieng: International Student, loosely based on Chieng’s real life experience as a Chinese law student in Australia. He was most recently seen on the big screen as Eddie Cheng in Crazy Rich Asians. He’s repped by APA, Artists First, Cohen & Gardner Law, and Century Artists Australia.

Wokoma’s credits include Year of the Rabbit, Chewing Gum and Crazyhead. She is repped by Gersh and MGMT 360.

READ  ‘Portrait Of A Lady On Fire’ Brings The Romantic Heat, ‘The Aeronauts’ Soars Into Theaters – Specialty B.O. Preview

like
On this topic: (Other)
Why Electronics Just Shouldn’t Work
Accordion dream meanings