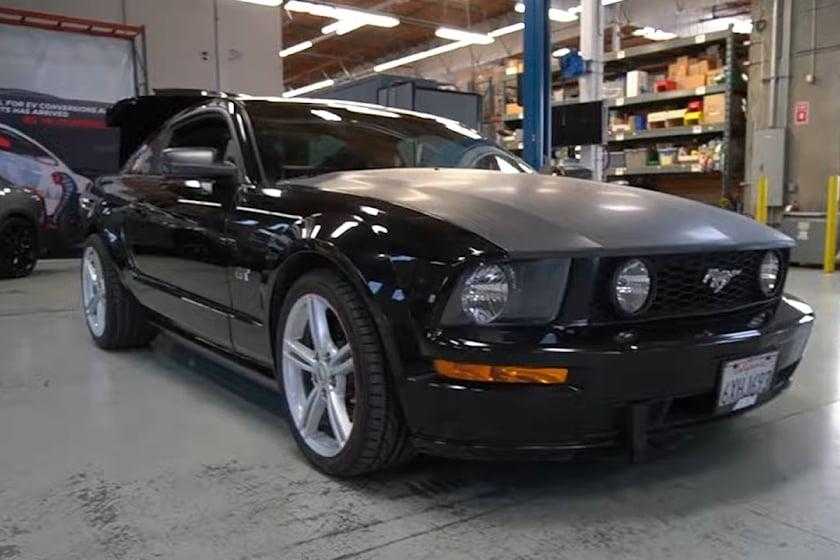 The exterior may look close to stock, but a ton of changes have taken place under the skin: the rear subframe assembly can now be removed by undoing only four bolts and the transmission shifter has been replaced by a push-button system. A set of big six-pot Wilwood brakes brings the fun to a screeching halt. The interior has been given a makeover too, with a large infotainment display in the center console, while the old cluster has been replaced with an AEM display. This Mustang uses passive cooling for everything but the main drive unit, and AEM has been able to shift most of the cooling system weight over the rear wheels, aiding traction.

The Testang can be charged using a standard Tesla charger, and we can only imagine what kind of looks this thing must attract at the local Supercharging station. AEM EV plans to throw the Testang on the dyno in its next video to see what kind of power it makes. Once AEM gets everything perfectly dialed, it should race the V8-swapped Tesla.

like
On this topic: (Other)
Why Wouldn’t You Put Your Wind Farm In the Windiest Place?
Friday Ratings: ‘Shark Tank’ And ‘SmackDown’ Tie For Top Demo Honors

Obama speaks, and listeners hear nothing but ‘Donald Trump’