UPDATED at 12:15AM PT with reactions and detail. In The Irishman, mobbed-up characters in need of protection talk about needing “bodies” – shorthand slang for bodyguards – to watch their backs.

Plenty of bodies patrolled Friday’s after-party for director Martin Scorsese’s Netflix release, which had a high-energy world premiere at the New York Film Festival. The inner sanctum at Tavern on the Green, the festival’s annual party venue in Central Park, held cast members including Al Pacino, Robert De Niro and Bobby Cannavale. Entrances were so tightly controlled that even legit VIPs were on the outside looking in and people in the room were holding their phones up to get snapshots of whoever was a few feet in front of them. The crush was such that Netflix content chief Ted Sarandos, upon managing to wriggle free, looked back and joked to Noah Baumbach (director of Netflix’s Marriage Story, the festival’s Centerpiece entry), “I’d better watch my wallet!”

Hammond: ‘The Irishman’ Screens On Both Coasts, Sparking Instant Oscar Talk; How High Can It Go?

Leonardo Di Caprio, also looking for a way out of the crush, pulled girlfriend Camila Morrone behind him through the restaurant’s kitchen toward a back exit, entourage in tow. Earlier in the evening, Di Caprio, whose re-teaming with Scorsese, Killers of the Flower Moon, is due to start production soon, let out a “whoop” when his frequent collaborator was introduced at Alice Tully Hall. He even made like a fan and snapped a photo of the director with his phone.

The Irishman, a historic film occasion for several reasons, had a way of turning even jaded industry types and New York City mandarins into ebulient fans. While some naysayers could be heard quailing about the 209-minute running time and contemplative (read: borderline ponderous) tone, the prevailing reaction was that of a warm welcome to a major artistic achievement. As my Deadline colleague Pete Hammond wrote Friday, the film has landed on the Oscar map in a big way after its first day in the public eye, and the party’s energy reflected it. The crowd – studded with notables like Spike Lee, John Turturro, Kirsten Dunst, Jeff Garlin and Maggie Gyllenhaal – kept things going until the wee hours.

Spencer Klein, director of theatrical distribution at Netflix, said he was already having fruitful conversations with exhibitors as Netflix sets about booking the November 1 theatrical release. Because it will hit the streaming service on November 27 (about three times faster than typical studio releases), larger circuits like AMC and Regal won’t play it. Still Klein said even if it racks up fewer than 3,000 runs, it has been well-received and has generated a good number of bookings.

John Vanco, GM of New York’s IFC Center, is one exhibitor who will play The Irishman, as well as Netflix’s Marriage Story. “I’m not sure about the running time, but we’ll have it on multiple screens,” he said. “Once people see the reaction to it tonight and start reading about it, the reviews and publicity will draw people.”

PREVIOUSLY: Scorsese began his introduction of The Irishman at its world premiere Friday night by noting that his previous narrative film to premiere at the New York Film Festival was Mean Streets in 1973. (His short film, A Close Shave, played the fifth edition of the fest in 1967.)

“It’s extraordinary to have come full circle,” he said. Later, while introducing the cast, he said, “Everybody’s here from Mean Streets, it’s amazing!” Scorsese noted the long gestational period for the film. “Finally found the people who would back it, and that was Netflix,” he said.

Strikingly, no direct mention was made of the fact that a streaming feature was opening the festival — something still unheard of in Cannes and controversial elsewhere.

Earlier Friday, the film drew upbeat initial reactions from the press at pre-premiere screenings, which started drawing lines at dawn (Los Angeles screenings have been held in tandem with the festival). While embargoes kept a lid on full reviews, critics described an absorbing and deeply felt epic, filled with trademark Scorsese touches. Anticipation has built for a decade for the adaptation of I Heard You Paint Houses, Charles Brandt’s book about a hitman linked to (but never criminally charged in) the death of Teamsters boss Jimmy Hoffa.

The film reunites Scorsese with Robert De Niro and Joe Pesci for the first time since Casino in 1995. Al Pacino, who plays Hoffa, is making his debut in a Scorsese production.

Eric Kohn, chief critic and executive editor at Deadline sister site IndieWire, tweeted that the film resembles “a greatest hits album from a master of the medium. Yes, that’s a positive.” K. Austin Collins of Vanity Fair declared The Irishman “good. I laughed a lot.” He added that its sensibility is distinct from that of GoodFellas, a film that is an obvious comparison given the parallel involvement of Scorsese, De Niro and Pesci. “This is ultimately a movie about the mortality of everyone in it,” he wrote.

Building on a banner 2018, when films like Roma and The Ballad of Buster Scruggs put it at the center of the Oscar conversation, Netflix is committing significant resources to redefining the film release model. In a press conference Friday for The Irishman, Scorsese called the production “an interesting hybrid” that challenged the creative team to discover “how you balance between what a film is and what is viewed at home and in a theater or both. We’re in an extraordinary time of change.”

Early Predator Gets The Worm Baby 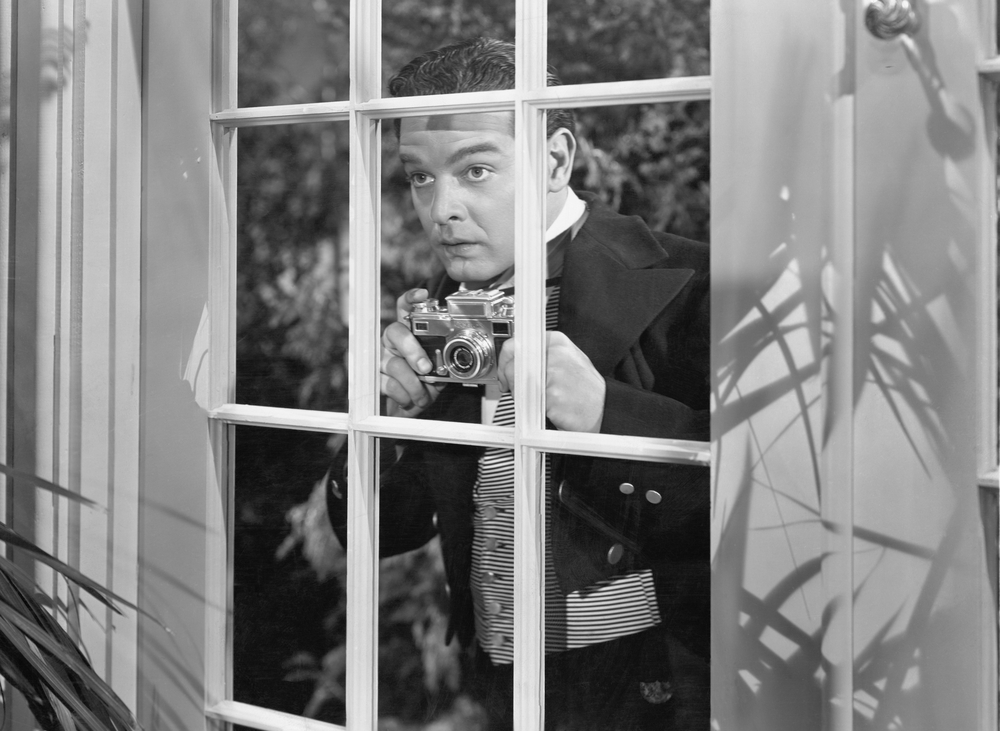 6 discreet ways to (legally) spy on your competitors