Главная › Other › The Story Behind Banijay’s Patient Pursuit Of Endemol Shine Group As $2.2B Deal Could Lead To “Bloodbath”

The Story Behind Banijay’s Patient Pursuit Of Endemol Shine Group As $2.2B Deal Could Lead To “Bloodbath”

Banijay Chairman Stéphane Courbit has finally got hold of his prized Endemol, 20 years after becoming Endemol France boss. He has patiently stalked Endemol Shine Group for years, and on Saturday wrapped up a $2.2B deal to acquire the company, ending its protracted 18-month sales process.

The deal sees the French entrepreneur finally take ownership of one of the largest independent production outfits in the world, responsible for global brands such as Survivor, Black Mirror, Keeping Up With The Kardashians, Big Brother and Wife Swap.

But the journey has not been without its ups and downs; five years ago, Courbit was forced to repay millions to L’Oreal heiress Liliane Bettencourt after he, along with a slew of other high-profile French execs and politicians, was accused of taking advantage of her to secure investment.

Soon after the Bettencourt scandal, Courbit (left) rebounded by buying Zodiak Media, formerly known as RDF Media, to scale up Banijay, which was founded in 2008, and his patient approach to buying Endemol Shine from Disney and Apollo Global Management, takes the company to another level.

He will take control of the newly-merged super indie through a 67.1% share held by LDH, a holding company majority-owned by his investment vehicle Financière LOV, with the remaining will be 32.9% owned by French media conglomerate Vivendi.

Contracts were signed on Friday night and, amid fears it would leak to the press, the Banijay takeover was announced hours later on Saturday morning in Europe. Endemol Shine will continue to operate as a separate entity until regulatory approval is secured – a process which is expected to take up to six months to complete.

“It’s an amazing deal in terms of the price, although it depends on where the debt sits. However, there’s absolutely no way that 1+1 = 2 and they’ll be lucky if it adds up to 1.7,” added the source.

Some industry figures are questioning why Disney is selling a predominantly European production group that brings together 66,000 hours of programming at a time when content production is at a premium. While it was clear that Apollo has wanted out for some time – as Deadline first revealed when it broke the news of the ‘for sale’ sign being hung in April 2018 – it’s a surprise given neither Disney or Fox’s television studios produced much outside of the States and that much of the content would seemingly fit well with services such as Hulu.

But another source close to the company told Deadline that it’s a “fantastic” deal for Courbit. “Banijay was built up by disparate acquisitions, it’s very strong in France and the Nordics, but that success hasn’t had much impact elsewhere, certainly not in the States. This deal will help them grow to survive,” the source added.

Putting the two companies together will not be without its challenges; there is a lot of crossover between the businesses, as well as international egos, which could lead to a “bloodbath” in terms of departures.

One source told Deadline that there are already nerves about job cuts being voiced internally, and a second person said the merger could lead to hundreds, if not more, redundancies as Banijay examines overlapping roles. The European executive added that Courbit and his team, including CEO Marco Bassetti (right) are likely to have a plan in mind given how long they have pursued Endemol Shine. But no major announcements are expected before the spring of 2020, as the deal undergoes the antitrust review.

Sophie Turner-Laing, who has been CEO of Endemol Shine Group since the merger of Endemol and Shine in 2015, is expected to leave the business once the takeover is approved, with Banijay execs taking pole position. For now, she remains in charge, sending an email to Endemol Shine staff before the deal was announced on Saturday morning and then holding a conference call with the senior management team, including the company’s country heads.

A number of other key execs are also expected to leave, with Endemol Shine creative director Peter Salmon among those whose future is already the subject of speculation. “There’s a whole layer of management who will not be seen as the top team by Banijay. It could be a night of the long knives,” said a source with knowledge of the deal.

But one person Banijay is keen to keep is Endemol Shine International boss Cathy Payne, two sources told Deadline. Payne announced she was leaving the business ahead of this month’s Mipcom, but is understood to have been asked to stay on in the transition period at least.

Banijay COO Peter Langenberg, who joined the company in November 2016 out of London, will likely be integral to the new business, particularly as one source close to the company said that it had a “rather lean” central executive unit. The former Warner Bros exec, who has overseen its operations in the UK, Belgium, Russia, India and the Netherlands, spent 10 years at Endemol across a variety of roles.

“They will need to identify who is going to be in charge of bashing the two businesses together and it’s not clear if that person is there or whether they’ll bring in a bunch of management consultants,” added one source.

Also under consideration is the name of the newly-merged business. Sources suggested that Shine could be dropped, with Courbit said to be keen on calling the company Banijay Endemol.

Two of the major takeaways of the deal are that it gives Banijay a major boost in drama, particularly in English-language markets, an area in which it has previously struggled to compete with other super indies, as well as huge growth in terms of the international footprint of production companies. The U.S. and UK will be two of the key markets as Banijay looks to the future.

In the States, Banijay has done well with Bunim/Murray Productions, the company that produces Keeping Up With The Kardashians. The producer is currently adapting British format The Crystal Maze for Nickelodeon and is rebooting The Real World with Facebook Watch, in association with MTV Studios.

Banijay Studios North America, which is run by former Endemol Shine North America boss David Goldberg has had recent success with the latest U.S. remake of Wife Swap for Paramount Network, which ordered a second season last month, and Temptation Island (left) was renewed by USA Network for a second season. Survivor, which Banijay acquired in 2017, also continues to rate for CBS with its 39th season launching last month.

Endemol Shine North America is similarly strong in the unscripted space with CBS’ Big Brother and various MasterChef franchises for Fox. The company is also remaking Lego Masters at the Rupert Murdoch-owned network, in association with Brad Pitt’s Plan B Entertainment and UK firm Tuesday’s Child.

Endemol Shine is also further along in drama in the States. Almost Family, which is based on Endemol Shine’s Australian format Sisters, launched earlier this month of Fox with Jason Katims and Annie Weisman among the exec producers, while last month is scored an eight-part order for Ripley, an adaptation of the Patricia Highsmith novels starring Fleabag’s Andrew Scott, at Showtime. Endemol Shine’s scripted arm, which is overseen by Sharon Levy, has also been involved in dramas including Audience Network’s Kingdom and Showtime’s I’m Dying Up Here, as well as Amazon’s long-gestating adaptation of Utopia with Gillian Flynn.

Banijay has not yet managed to kick up a gear in the scripted space in English-language markets. It has co-financed and distributed series such as French period drama Versailles and Australian horror thriller Wolf Creek, while its Scandinavian company Yellow Bird, the business behind Stieg Larson’s Millenium trilogy and Wallander, launched a U.S. division in association with Bunim/Murray. That business, overseen by Headhunters producer Marianne Gray, has been developing adaptations of Åsa Schwartz’s The 7 Keys, Lisa Jewell’s I Found You and Mats Strandberg’s The End, while its UK division recently scored an adaptation of Young Wallander with Netflix.

But it is on the non-scripted side, where there will be a lot of crossover in Britain. Banijay is well known for British entertainment with formats such as Channel 4’s The Crystal Maze and The Secret Life of 4, 5 and 6 Year Olds, BBC One’s Eat Well, For Less, property format Location, Location, Location and long-running ITV gameshow Tipping Point.

Similarly, Endemol Shine, via Initial, Remarkable and Shine TV, is well-stocked in entertainment with BBC One primetime series All Together Now and MasterChef, Channel 4’s Hunted, daytime gameshow Pointless and ITV’s Tenable as well as Big Brother. The latter recently ended on Channel 5, although it seems that the producers are deep into conversations with other British broadcasters to bring it back.

One source suggested that scale, which is widely considered a benefit in the current times of mega-consolidation, may be an issue for the enlarged group, particularly in certain markets. “They’re almost so big, they need to make it feel small, otherwise they run the risk of broadcasters saying, ‘Look how much business we already give you’,” said one source.

This is because the move brings together 120 production labels, largely outside of the U.S. and UK. Both companies are strong across Europe, particularly in France via Fort Boyard producer Adventure Line Productions, Air Productions and Endemol Shine France; in Germany, via Dark producer Widemann & Berg, Florida TV and Banijay’s Brainpool, run by former Endemol Shine exec Marcus Wolter; and the Nordics with Endemol Shine’s Filmlance and Rubicon and Banijay Nordic, which includes brands such as Nordisk Film and Mastiff. These divisions will be well known to both companies as many of the execs running Banijay’s Euro footprint came from the Endemol Shine group.

In Australia, the outspoken Fennessy brothers Mark and Carl run Endemol Shine Australia, while Banijay’s Screentime is run by Rory Callaghan, who has held roles at Shine Australia and Southern Star, which Endemol acquired in 2009.

“It will be fascinating to look at a map of where all of the companies overlap,” said one exec. “There will also be a number of personal rivalries to be settled.”

Courbit has now seemingly settled his.

READ  ‘Westworld’: Who’s Inside Those Pearls? Evan Rachel Wood Provides Clues & Talks Tonight’s Episode 4
Could a Vaccine Prevent Type 1 Diabetes?
6 Reasons We Have to Say a Study Was “In Mice” 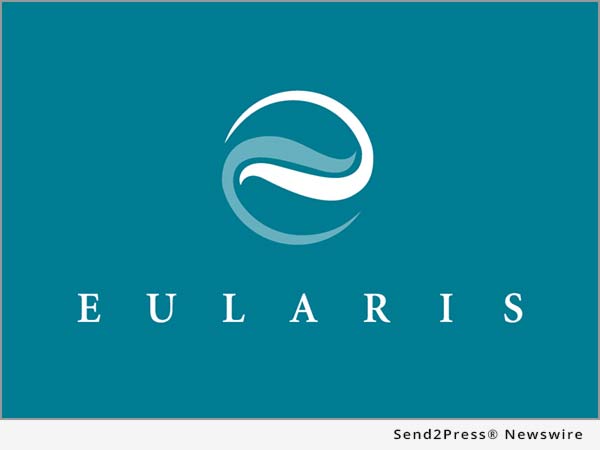