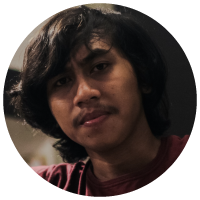 Created by Cornue, Triage is a character-driven medical drama that follows pioneering surgeon Finley Briar (Fitz-Henley) over three distinct decades at the same hospital. With the evolution of medicine as the backdrop, the show explores the interconnected careers, friendships and romances of Finley and her colleagues, and their tenuous relationship with time.

Richardson, appearing in years 2020-2030, will play Kieran Westcott, who is married to Dr. Finley Briar (Fitz-Henley). He’s a passionate and kindhearted native Brit who works as a beat cop for the NYPD, and later becomes a detective.

Richardson’s TV series credits include a recurring role on TBS’ The Last O.G. as well as guest shots on CBS’ Instinct and Starz’s Sweetbitter. He is repped by  HCKR Agency, Soffer/Namoff Entertainment, and Peikoff/Mahan Law Office.

like
On this topic: (Other)
Volvo XC40 Recharge Has A Big Electric Range Problem
The Bizarre World of Living Color | Compilation

Hurricane Matthew: Everything You Need To Know About The Huge Storm Headed To Florida
Recent Posts