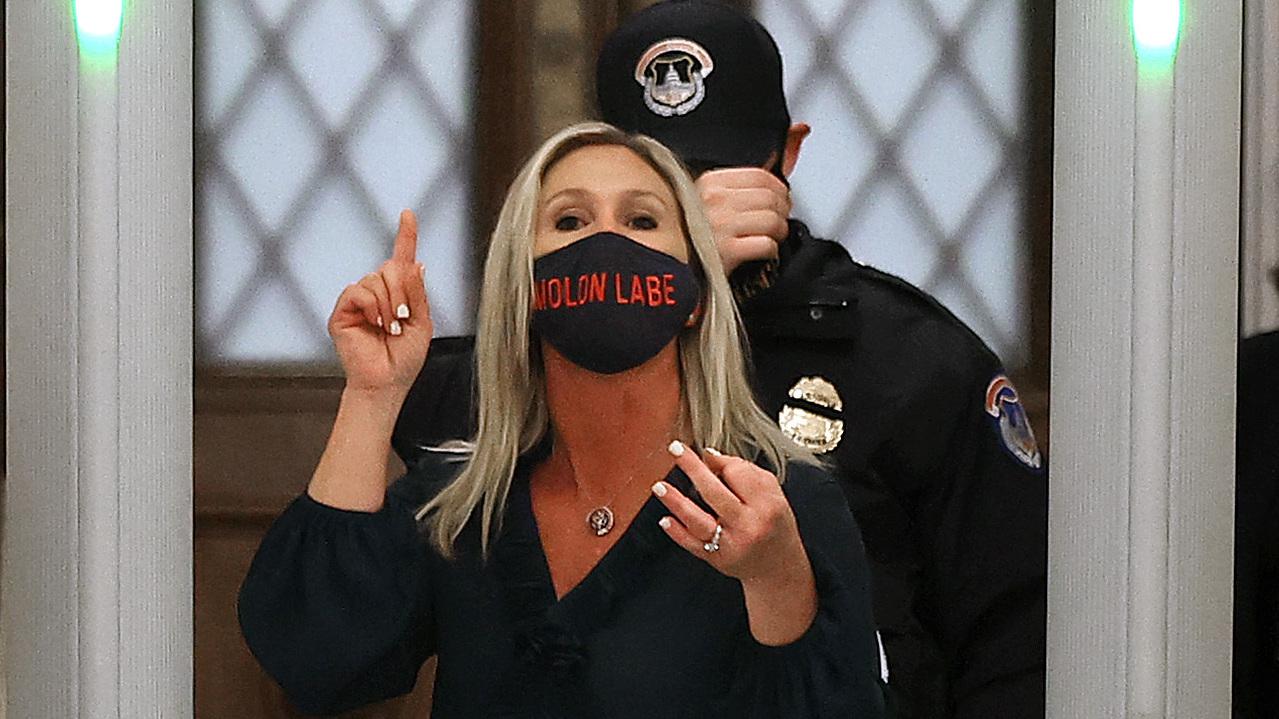 has silenced Rep. Marjorie Taylor Greene on Twitter… for now.

The social media platform temporarily suspended the account of Greene after she violated new rules that went into effect following the events at the Capitol.

The Georgia congresswoman has a history of bolstering QAnon conspiracy theories. Those came into play via a thread of tweets during the Georgia Senate elections which were slapped with a Twitter warning: “This claim about election fraud is disputed, and this Tweet can’t be replied to, retweeted, or liked due to a risk of violence.”

As a result, Greene was put in a 12-hour time out from Twitter.

In a statement in regards to her suspension, Greene said that Congress needed to “act swiftly”  in order to protect free speech in America.

“Conservative Americans shouldn’t be afraid to speak their mind,” she added. “They shouldn’t have to fear being canceled by American corporations where they work, do business, and use services. They shouldn’t be scared into submission by Socialists who want to end their way of life.”

Greene’s suspension comes after Donald Trump was banned from the platform. In addition, approximately 70,000 accounts were suspended for bolstering QAnon conspiracy theories.

like
On this topic: (Other)
Official: America’s Next Honda HR-V Will Be Totally Unique
5 Ways Chemistry Is Making Your Life Greener

Expert says AI-driven sex robots will blow you… away

Live updates: Patriots lead the Rams, 14-0, in the second quarter

Ken Bone: 5 Things To Know About The Man Who Went Viral After The Second Debate
Recent Posts